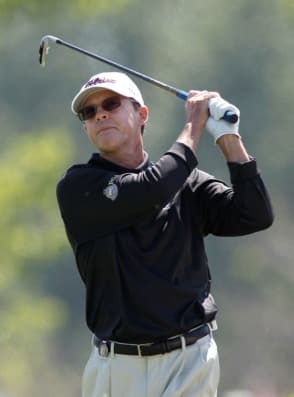 Evolutionary Psychology and Golf By Ken Martin, PGA Professional Certified in Instruction and College of Golf Instructor   Who could possibly...

By Ken Martin, PGA Professional Certified in Instruction and College of Golf Instructor

Who could possibly relate the discipline of Evolutionary Psychology to playing the game of golf? PGA Professional Certified in Instruction and College of Golf Instructor Ken Martin did just that while pursuing his Master’s Degree in Psychology through Keiser University Online.

In response to a weekly discussion question, Mr. Martin explained. “My experience in playing and teaching golf, the former for 44 years and the latter for 36 years, has culminated to the following fundamental premise: one’s attention must be clearly focused on one’s intention, and that intent can be summarized as ball-to-target. This is an example of task orientation, one of a myriad of areas possible in the broad scope of human attention. It also fits neatly with Buss’s posit as ‘naturalistic evidence’ that human attention focuses toward specific information that is relevant for solving adaptive problems. While striking a golf ball toward a target may not have been a task naturally selected through eons of time, although there is evidence of the task being performed in the fourteenth century, the ability to use tools with cognitive intent has been traced back 2.5 million years, and there is logical connection for a golf club being a tool with a purpose. Of importance to the evolutionary psychologist is the validation of selection’s role underlying cognitive mechanisms that drive behavior, such as tool use. An example of research that seeks such validation was furthered by Simão with the exploration of archeological evidence of tool symmetry as possibly linked to what may be the selected trait of spatial cognition. Spatial cognition can be defined as recognition of one’s environment, which can include objects, their positions, spatial distribution, and relationship. A case for the further development of tools and technology as being more culturally influenced, rather than genetic, was made by Bridgeman. His point was that tool development was more likely linked to the practicality of its use.

So, what does this have to do with the golfer? It may be that the underlying source, spatial cognition, might benefit as valuable knowledge. If the golfer’s primary task is to get a golf ball to a target, her spatial recognition of the golf club and target proximity seemingly are paramount. From a Sport Psychology perspective, this can lead toward focusing a golfer’s attention directly on stimuli that are relevant to task execution. Hence, Evolutionary Psychology research in underlying and potentially innate sources of cognitive behavior can productively guide one in paying attention clearly to one’s intent.” And you thought golf was just a simple game!