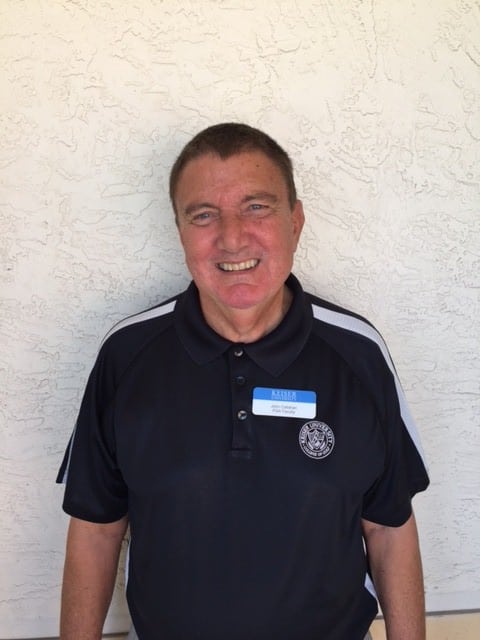 Posted on May 10, 2017 on Featured Articles, Seahawk Nation

Some years ago, a highly skilled young athlete came to me for a golf lesson after an unusually poor tournament round trying to qualify for the State Amateur Golf Championship. This student (I’ll call him “Bill”) was a school teacher and a member of the country club at which I was the head golf professional. Bill had never taken a lesson and, in fact, thought they were unnecessary for a fine athlete like himself. Prior to our first lesson, he had worked on his game on his own using trial and error as his guiding principle and managed to become a competent 4-handicap player.

Bill’s scores ranged from 72 to 82, and he believed that with more practice the sky was the limit. Only his less than stellar 84 in the above mentioned qualifying round convinced him that he may need a little guidance. On the lesson tee for the first time Bill told me that he had no intention of taking a series of lessons, because he was sure they were not worth the money.  Well, in diagnosing his swing, I found several fundamentals lacking, but kept all but one to myself so I would not overwhelm him with information.

Bill’s grip was so unorthodox that it had to be changed if he had any hope of becoming the player he aspired to be. So we spent the entire half hour lesson on his grip, and during the summary stage Bill asked me, “How long before I become comfortable with this new grip so I don’t have to think about it anymore?” I told him that given the limited time he had to practice that it would take approximately two years. Now two years may have been an exaggeration (it only took him about one year), but I wanted to impress upon him that major changes take time—and that is the point of this story—changes take time.

To quote T. J. Tomasi, Ph.D., the most published golf professional in the history of golf and Senior Faculty at Keiser University, ‘Learning any motor skill has an incubation period, and learning the golf swing has one also. If you don’t know what the incubation period is, you may abandon the process prematurely because you think it (the grip, the posture, etc.) isn’t working. Golfers who want instant success are unrealistic.’

Of the all barriers to learning unrealistic time frames to measure how long it will take to learn the game is the most prevalent. To be a good learner, one must understand that changes take time. And to be a good teacher of the game, we must impress upon our students this truism. As Dr. Gary Wiren, author of the PGA Teaching Manual states, ‘We must sell our students commitment!’

I’m glad to report that “Bill” in my story above did make a commitment. He worked on his game one piece at a time, fell in love with the game and changed his profession. He is now a PGA Member with a repeatable golf swing and an outstanding tournament record.