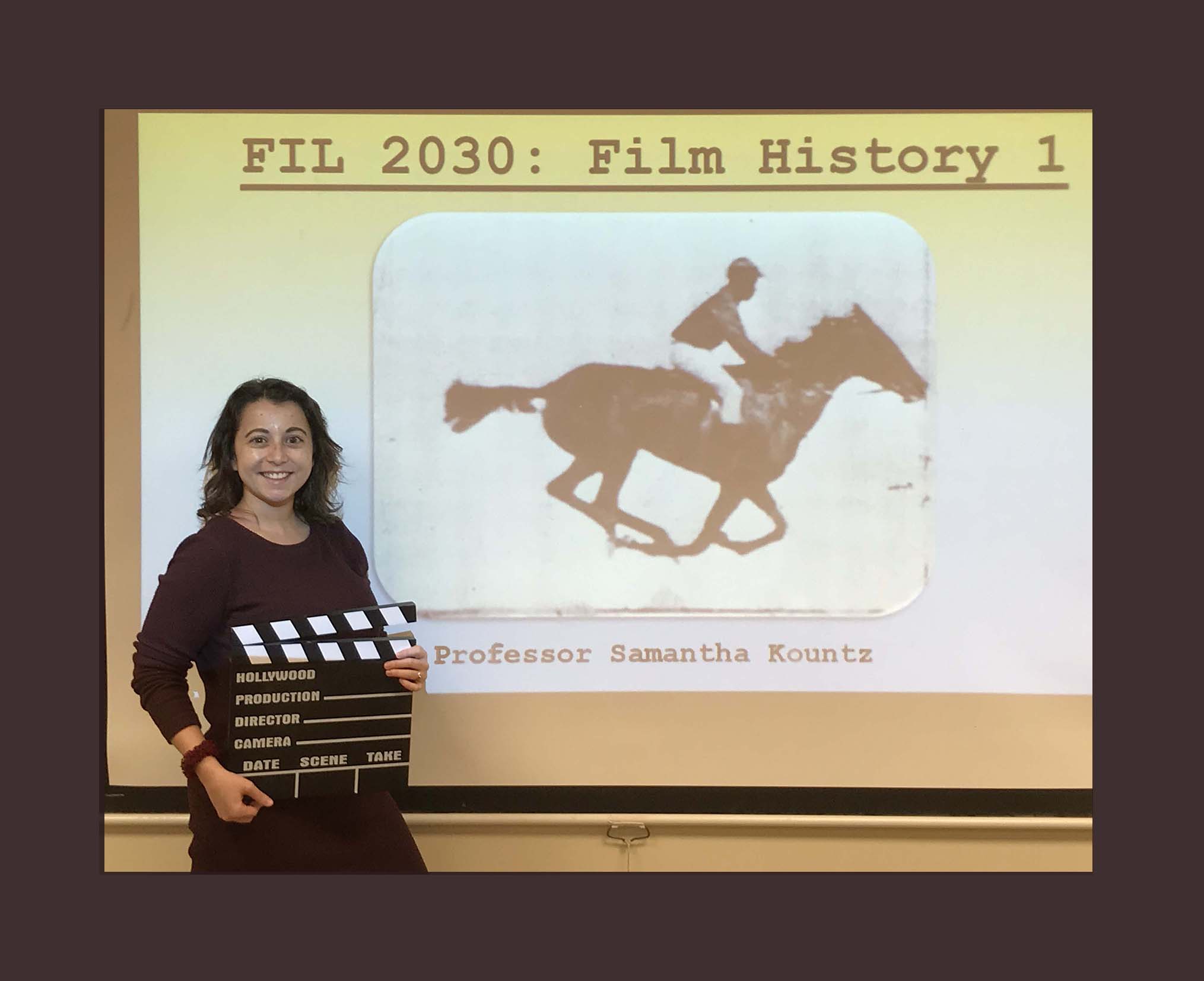 As a child growing up in Boynton Beach, Florida, Samantha Kountz became fascinated with film as she enjoyed animated musicals and old horror...

As a child growing up in Boynton Beach, Florida, Samantha Kountz became fascinated with film as she enjoyed animated musicals and old horror movies along with her parents.

“I was not only intrigued by what film could do and be, but I also became fascinated with how the medium came about. When DVDs then appeared on the scene with special features that provided behind-the-scene looks into our favorite movies, my interests increased ten-fold,” said Kountz, who graduated from G-Star in 2009.

Kountz now feels fortunate to work in the field while serving as the Keiser University College of Cinematic Arts Film History professor and a G-Star Digital Video Production and Film teacher. The partnership between Keiser and G-Star School of the Arts and Motion Picture Studios provides students with valuable opportunities for hands-on experience and training in feature film production, commercials, music videos and documentaries. While incorporating business principles, as well as more advanced coursework and a strong general education program, the curriculum’s interdisciplinary approach enables students to demonstrate their artistic expertise and application of business knowledge to enhance their career opportunities. Future filmmakers will be prepared to appreciate and apply cinematic arts skills and concepts, effectively communicate information using appropriate technologies, understand fundamentals of screenwriting, storytelling, structure, tension, suspense and more.

“Movies have always been a tool I’ve used to connect with family and friends, while also learning more about human nature and our world. As a burgeoning film historian, I’m excited by how we can all examine the medium and its influences, good or ill, as a relic of world culture of the past, in the present, and how we can begin to look at motion pictures in the future,” reflected Kountz whose educational journey in film began at G-Star School of the Arts after falling in love with its small class sizes, rustic charm, and concentration in film studies thanks to a tour led by founder Gregory Hauptner.

The Keiser University Introduction to film class examines the core elements of film history which include changes in technology, changes in censorship, changes in business practices, and the social and political influences of film narratives and genres. “It’s a very exciting pot to stir because it requires much more than memorization. Film History requires critical thinking as well as reflective thinking in terms of making direct connections between then and now. My favorite ‘light bulb’ moments are when students relay that they cannot watch movies the same way anymore,” smiled Kountz, who earned her bachelor’s degree in Multimedia Studies and her master’s degree in ​Film Studies from the University of Kent in Canterbury, England.

G-Star School of the Arts is a not-for-profit, public, charter high school that provides an exceptional, unified culture for all students to thrive academically and creatively, through respect, acceptance, self-discipline, and elevated thinking. Our Film, Theater, and Digital Media programs have been created and are being taught by passionate professionals from throughout the entertainment industry. Our working production facilities provide project-based learning on actual professional  productions, and our International Baccalaureate Program provides an academic foundation that is recognized around the world. We are also home to the X-Scream Halloween, one of the largest Halloween events in Florida (including the single largest Haunted House in Florida) which is built and run entirely by our students. 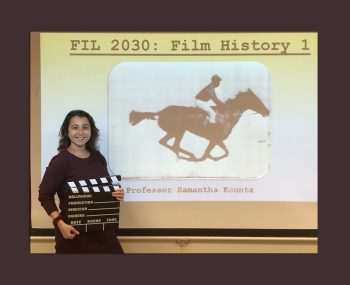