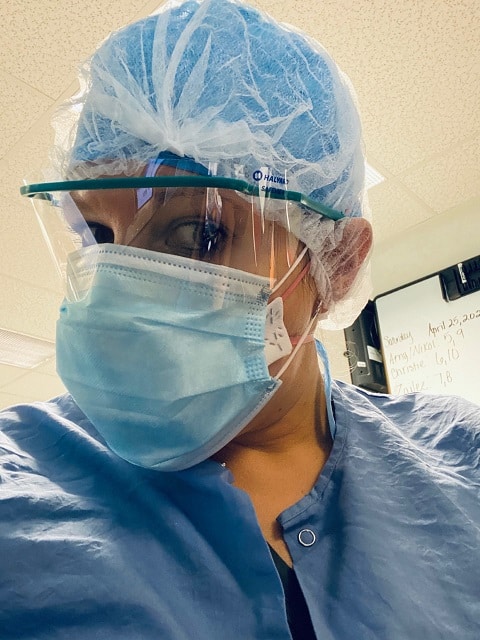 Zailee Lane realized her calling is to care for others. “It’s such a great purpose in life. Being a nurse is selfless. You have to put somebody...

Keiser Graduate Even More Passionate About Nursing Amid Health Crisis

Zailee Lane realized her calling is to care for others. “It’s such a great purpose in life. Being a nurse is selfless. You have to put somebody else’s life before your own,” Lane said. She is living her dream. Lane works as a nurse in the progressive care floor at Capital Regional Medical Center in Tallahassee. She treats patients who need a higher level of care – patients who may have just gotten off ventilators or were in the intensive care unit. Lane also treats cardiac patients and floats to the ICU when needed.

Lane praises the professors at Keiser University for supporting her throughout her academic career. “I’m thankful for the people behind the front-line heroes. I would not be close to where I am today without them,” she said. Lane graduated with an Associate of Science in Nursing from the university’s Tallahassee campus in April 2019.

Lane chose Keiser because of its small class sizes and flexible schedules. She was able to complete all prerequisites online. Lane already had a full schedule when she enrolled at 22 years old; she was a married mom with a 10-month-old and was eight months pregnant with her second daughter. She continued school no matter what, submitting a class assignment from the hospital on the night she delivered her second baby. “I had been so hell-bent on becoming a nurse and doing something with my life that nothing was getting in my way,” Lane said.

In fact, she continued her education after having a third baby who was just four-months old when she began nursing school on campus. With so much on her plate, Lane failed a class that put her a semester behind. “It made me try harder. It made me change my attitude,” Lane recalled.

She pushed through with the help of her professors. “They stood right behind me the whole time, even after I failed my first semester. It was incredible.” Lane said she was particularly inspired by one faculty member. She said Nursing Professor Anne Maclachlan never gave up when faced with adversity. Lane took on the same approach: “Things aren’t just handed to you; you have to work for them.”

Meanwhile, at home, her husband was a constant source of support. He made it possible for her to devote time to school. There were many nights where she sat in her closet to study away from the kids. Hours later she would wake at 4:30 a.m. to attend clinicals. “My husband and I got this degree together. We couldn’t have done it without each other,” Lane said.

She not only graduated nursing school, but also earned the Student Nurse Excellence Award from Capital Regional Medical Center. For Lane, being a Keiser University graduate means more than a degree. She was the first in her family to graduate college. Today she doesn’t worry about finances. “There is just no better feeling than security. I know that no matter what, I can take care of myself.”

She said the best part is when her oldest daughter, who is now five years old, told her that she wants to be just like her: “I want my kids to know the impact you have on somebody’s life. You do something because it matters to you, not because of a paycheck. Ultimately there needs to be a meaning behind it.”

Now, during the COVID 19 pandemic, Lane said she is even more passionate about her job: “I signed up for that and I am in it – 100 percent. I have this responsibility and people count on me.”  Because of the current health crisis, none of her patients are allowed to have family with them, making a difficult situation worse for the patients. That’s when Lane steps in and shines. “You get them when they have no hope. Then when they leave, they have more hope than they’ve ever had.”

Today the student nurse who once failed a class was given the responsibility of being a preceptor at her unit, where she is the point person for new student nurses. “It makes me want to cry. I’m humbler than I’ve ever been. I’m thankful,” she added, “I’ve scarified so much. It was all worth it.”

Lane is continuing her education and is on track to earn a Bachelor of Science in Nursing in 2021. Lane also plans to obtain a master’s degree at Keiser University.

“Nothing is going to stop me from doing whatever it is that I decide I want to do. There is nothing that can get in the way.”