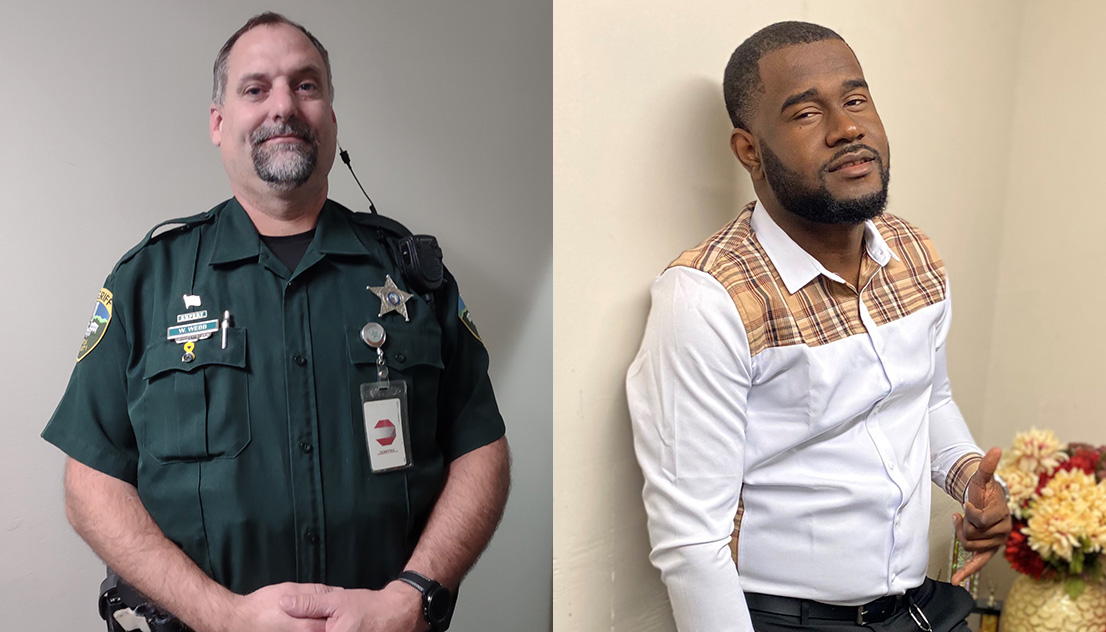 Service to others has always been a calling for Keiser University graduate and Leon County Sheriff’s Deputy Wayne Webb. It’s a task he’s...

Service to others has always been a calling for Keiser University graduate and Leon County Sheriff’s Deputy Wayne Webb. It’s a task he’s dedicated himself to most of his life. From his service in the U.S. military to his role as a law enforcement officer, compassion drives all he does.

“I’ve always believed in service to others,” said Deputy Webb. “To serve is truly a selfless act, an act of love for every human that you come into contact with.”

Following his graduation from Crystal River High School (Florida) in 1992, Deputy Webb joined the United States Army. He served four years as a motor transportation operator with the 10th Mountain Division in Ireland, Germany, and Africa. After returning to civilian life, Webb wanted a career that fulfilled his passion to assist others. He found that law enforcement was the perfect fit.

Webb’s generosity extends beyond his role of protecting citizens. He frequently finds himself purchasing food or supplies for someone in need and claims it’s all part of being a deputy.

With such a giving mentality, it’s no surprise that Deputy Webb jumped at the opportunity to assist when Keiser University student Rodney LaPorte, a criminal justice major at the Tallahassee campus, was looking for a mentor to help him on his path to becoming a police officer. Webb earned both an associate degree and Bachelor of Arts in Criminal Justice from KU Tallahassee and was eager to lend a hand.

“I was immediately impressed with Rodney as he is a brilliant young man,” said Deputy Webb. “He is very well spoken and has no problem articulating his ideas. I believe he will be a huge asset to any agency that chooses to hire him in the future.”

Born in Port-au-Prince, Haiti, LaPorte shares a similar pledge to giving and holds similar ambitions as Deputy Webb. After moving to Florida in 2016, he graduated from Leon High School in Tallahassee. Like Webb, he is passionate about volunteer work. He serves as the Student Government Association vice president at Keiser University Tallahassee and as a volunteer at his church where he spends most Saturdays ensuring the cathedral is clean from top to bottom.

Their paths will soon have another parallel; like Deputy Webb, LaPorte hopes to join the U.S. Armed Forces before pursuing his career in law enforcement. “After graduation, I plan to join the U.S. Army in service to the country that I wish to call home someday,” said LaPorte.

LaPorte hopes to continue learning from Deputy Webb and has even considered the prospect of serving alongside him one day. “My ultimate career goal is to become a Leon County Deputy.”

The pair may certainly seem like two of a kind. But if you ask them, they’ll tell you it’s just part of the job for a law enforcement officer.

“This isn’t just a job, it’s more of a calling,” said Webb. “Helping citizens in their time of need is one of the greatest services we can provide.”