The June 2022 article includes Bennett’s feat of leading the Keiser University Seahawk Lacrosse Team to its first-ever NAIA National Championship in 2021 and also notes Keiser University’s position as a ‘trailblazer’ in sports and new programs with lacrosse being ‘one of the fastest-growing sports in South Florida.’

Bennett enters her seventh season as the Head Coach of the Seahawks Women’s Lacrosse team and was named the first-ever coach for the program in May of 2016. In addition to the 2021 national championship win, she has guided the Seahawks to a 62-29 record during her six seasons in charge, led Keiser to four NAIA National Tournaments, and three Mid-South Regular Season Championships, two Mid-South Tournament Championships. In addition, she was named the NAIA Coach of the Year in 2018 and 2021, along with IWLCA Coach of the Year in 2018 and 2021.

Title IX is a comprehensive law prohibiting discrimination on the basis of sex in all programs or activities in all federally funded educational institutions including high schools and middle schools. It celebrated its 50th Anniversary on June 23, 2022, and its enactment has orchestrated a dramatic increase in interscholastic and intercollegiate athletic opportunities for girls and women.

Keiser University is a private, independent, non-profit university serving nearly 20,000 students at 21 Florida campuses, online, and two international sites. Co-founded in 1977 by Chancellor Arthur Keiser, Ph.D., and Evelyn Keiser, Keiser University currently offers more than 100 degrees from associates to the doctoral level. Keiser University is a designated Hispanic-Serving Institution, a member of the Hispanic Association of Colleges and Universities, and was ranked No. 5 in the U.S. in Social Mobility by U.S. News And World Report in 2022. 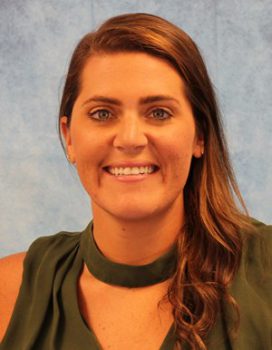