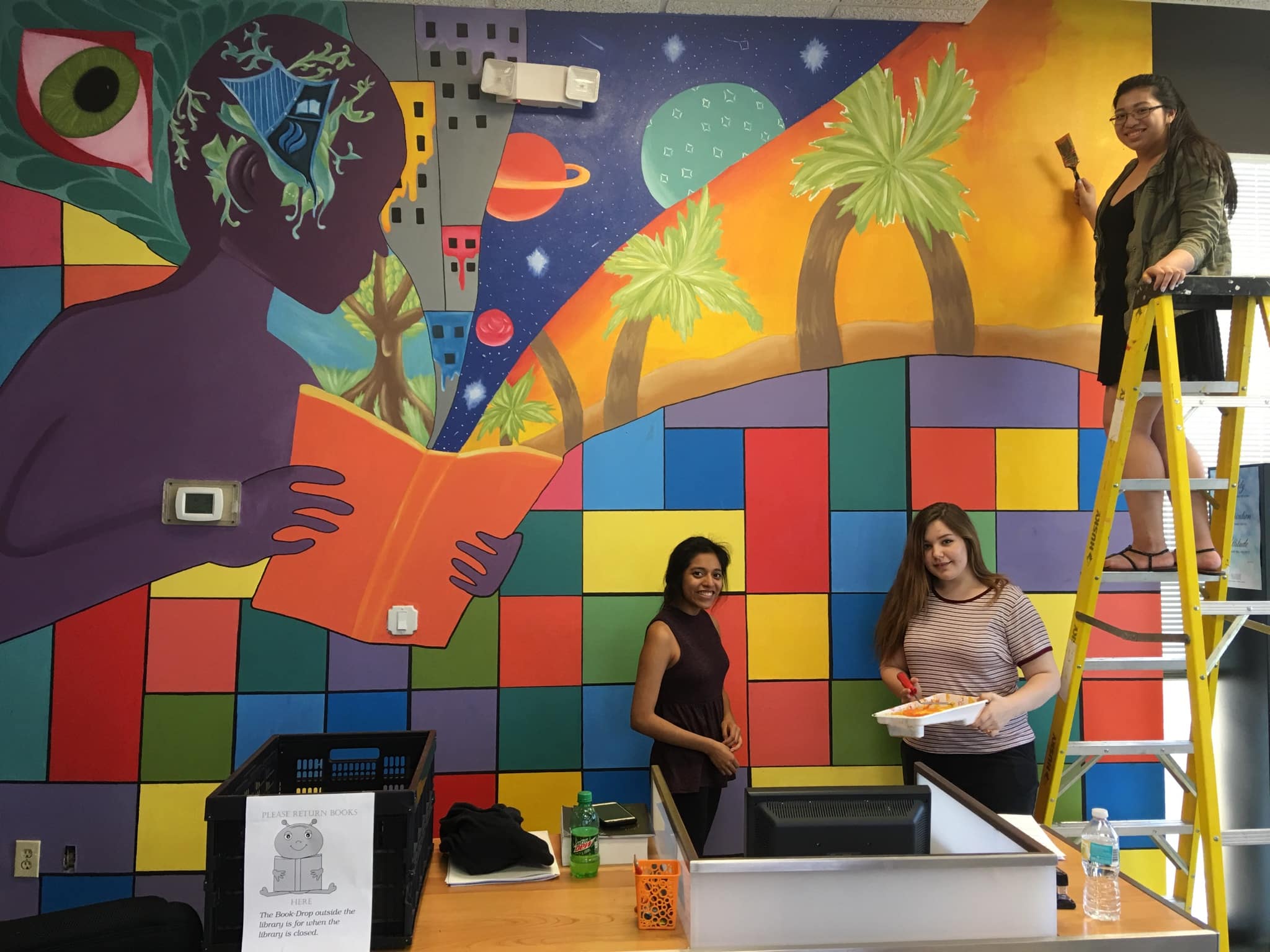 Recently, Keiser University’s New Port Richey campus wanted to spruce up the library for the 40th anniversary.  The administrative team discussed it and reached out to Mr. Kenneth Weightman, art department faculty at Gulf High School, about having students create a mural.  The students were given the theme of books opening minds to all possibilities and the rest was up to them.  The five students who elected to paint the mural compiled their ideas of where books take them personally and turned those ideas into the mural covering a wall in the library.  As a bonus, they also created a small mural above the doorway of the library.

The KU campus provided the art supplies and the students came in once or twice a week over a couple of months to create their masterpiece.  Marisa Lauer, Amanda Tetso, Destiny Guvistz, Nhu Le, Kayla Tetso were the five Gulf High School students who participated in this and all earned community service hours for the time they spent creating the mural. 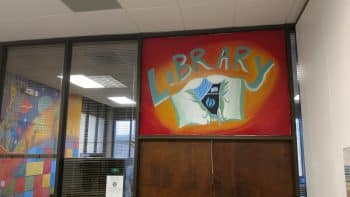 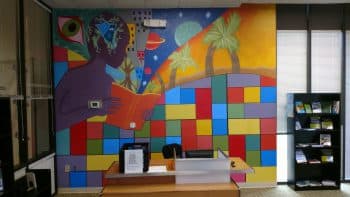