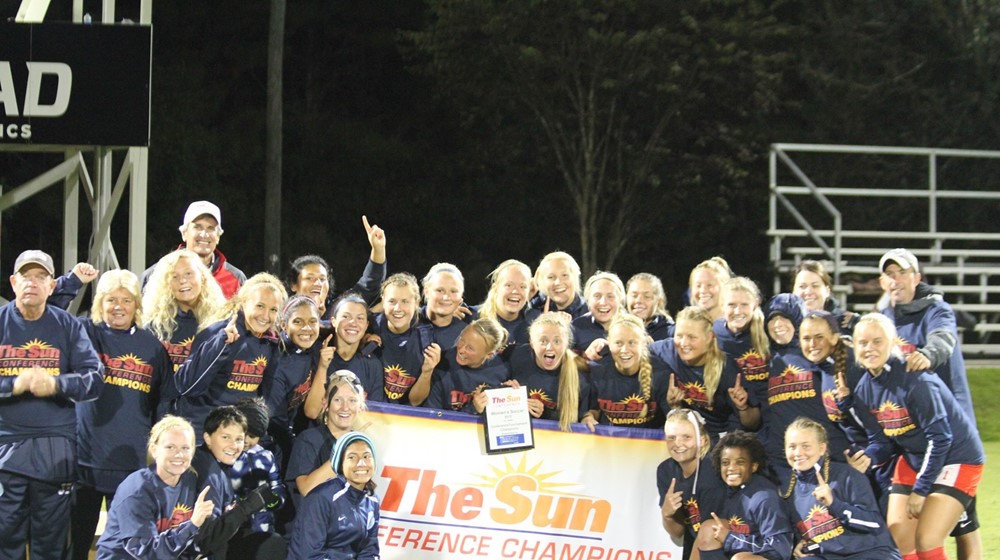 The Keiser University women’s soccer team won the 2015 Sun Conference Tournament Championship with a 1-0 win over Thomas University on Saturday...

In a defensive first half, neither team broke through despite the Seahawks outshooting the Night Hawks 8-2. Amanda Blixt, Sara Lundberg, Sofia Kristennson, and Linnea Lindmark (2) all had shots on goal in the half.

Keiser broke through in the 62nd minute when Stephanie Morini crossed the ball from the right side and Louise Andersson headed it in winning the game 1-0.

The Seahawks outshot Thomas 15-7 and 9-3 with shots on goal. Keiser also held a 9-6 edge on corner kicks. Johanna Engberg led the way with three shots on the night. Felicia Sedell made three saves in goal to pick up the shutout.

Andersson said after the game, “I am proud of being the captain and leader of this group filled with great friends and soccer players, it has been an honor to play alongside them this whole year. It is fun to make history being the first team in Keiser history to win a conference tournament and I am happy that it is with our group. It is always fun to score the game winning goal in the final. I have waited four years to score a goal off a header.

Head Coach Mat Dunn said, “It is a great day for Keiser University to win the first ever conference championship. After being co-champions, we wanted to stamp our dominance back on our conference and regain our championship crown back.  It is a great way to end a season with this group, especially with the large amount of freshmen and finishing with same honors as a year ago.”

Dunn continued, “It is an exciting future that we have going forward. The two performances in the playoffs have been exceptional and we need to continue our form now on the national stage and put a run together like the last two years. We are definitely peeking at the right time and excited to see who we get in the next round. “

The Seahawks improved to 15-2-1 overall and will now prepare for the NAIA National Championship opening round on Saturday at home.