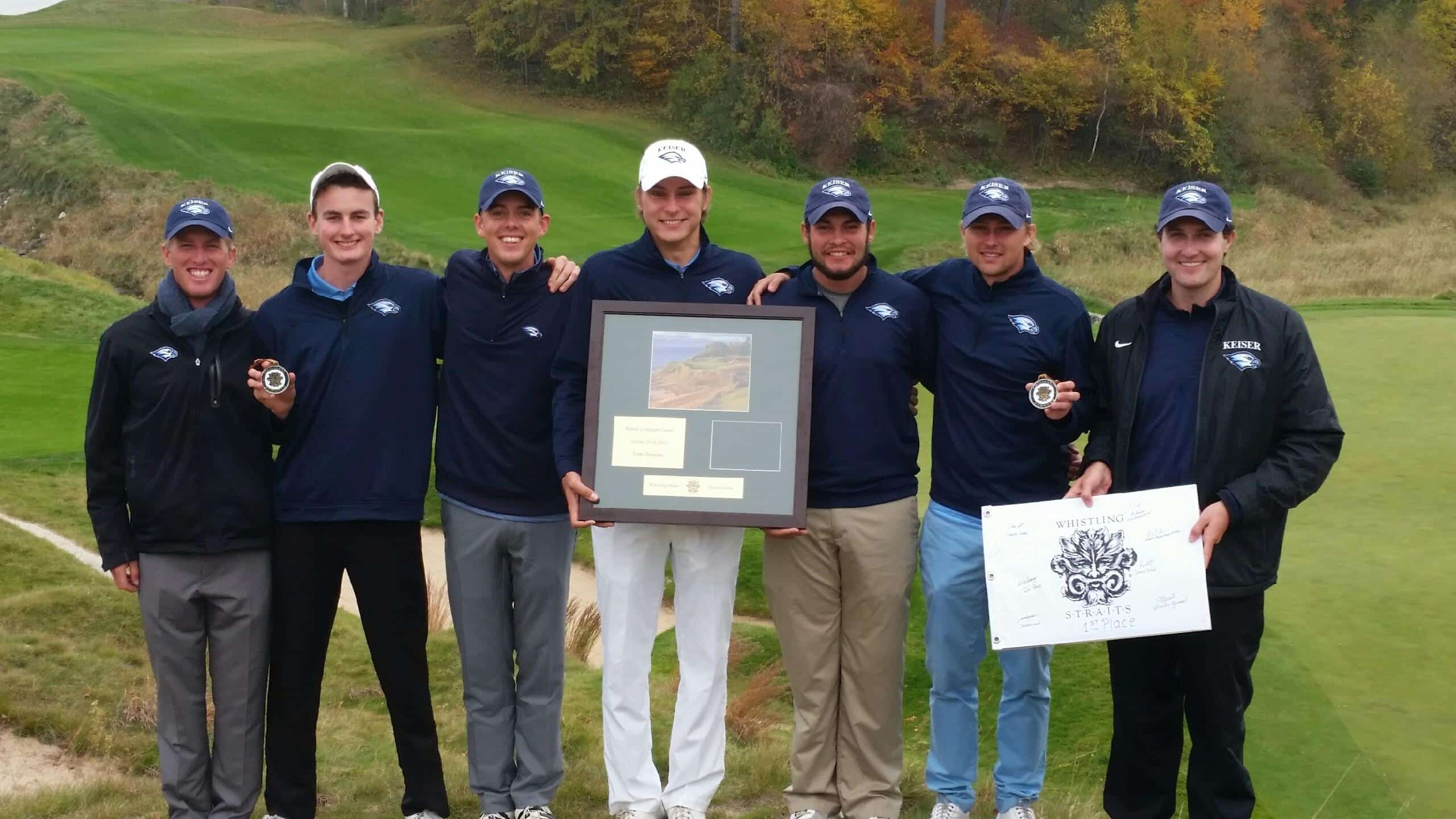 The #12 Keiser University men’s golf won the Kohler Collegiate Classic by eight strokes over Northern Michigan University. The men trailed by eight strokes entering the final round before coming back to win their second tournament of the fall.

Adam Andreasson won the tournament at four over par after shooting a three under 69 during the second round of play.

“The golf course was fantastic. It was such a great experience to play this world class venue. To get the win with my team and individual means a lot. It keeps me motivated,” said Andreasson.

Jordan Loof finished in a tie for second, one stroke back of his teammate after carding a one over par second round. Charlie Stubbs bounced back on the second day shooting an even par 72 finishing in a tie for 14th. Felix Aberg carded a 77 putting him in 12th place tie and Louis Hirst shot a 77.

“I’m really proud of these guys. It was a trip of a lifetime to play a major championship venue. Our seniors have been enjoying their last year with three of them each taking home an individual title. Lou at Sea Island, Felix at Kinderlou, and now Adam at Whistling Straits. It has been a total team effort all year long and that is exactly what we are trying to see happen each week we tee it up,” said Head Coach Brandon Miller.

The Seahawks play in their final tournament of the fall next Monday and Tuesday at the Adamonis Invitational in Miami, Florida.