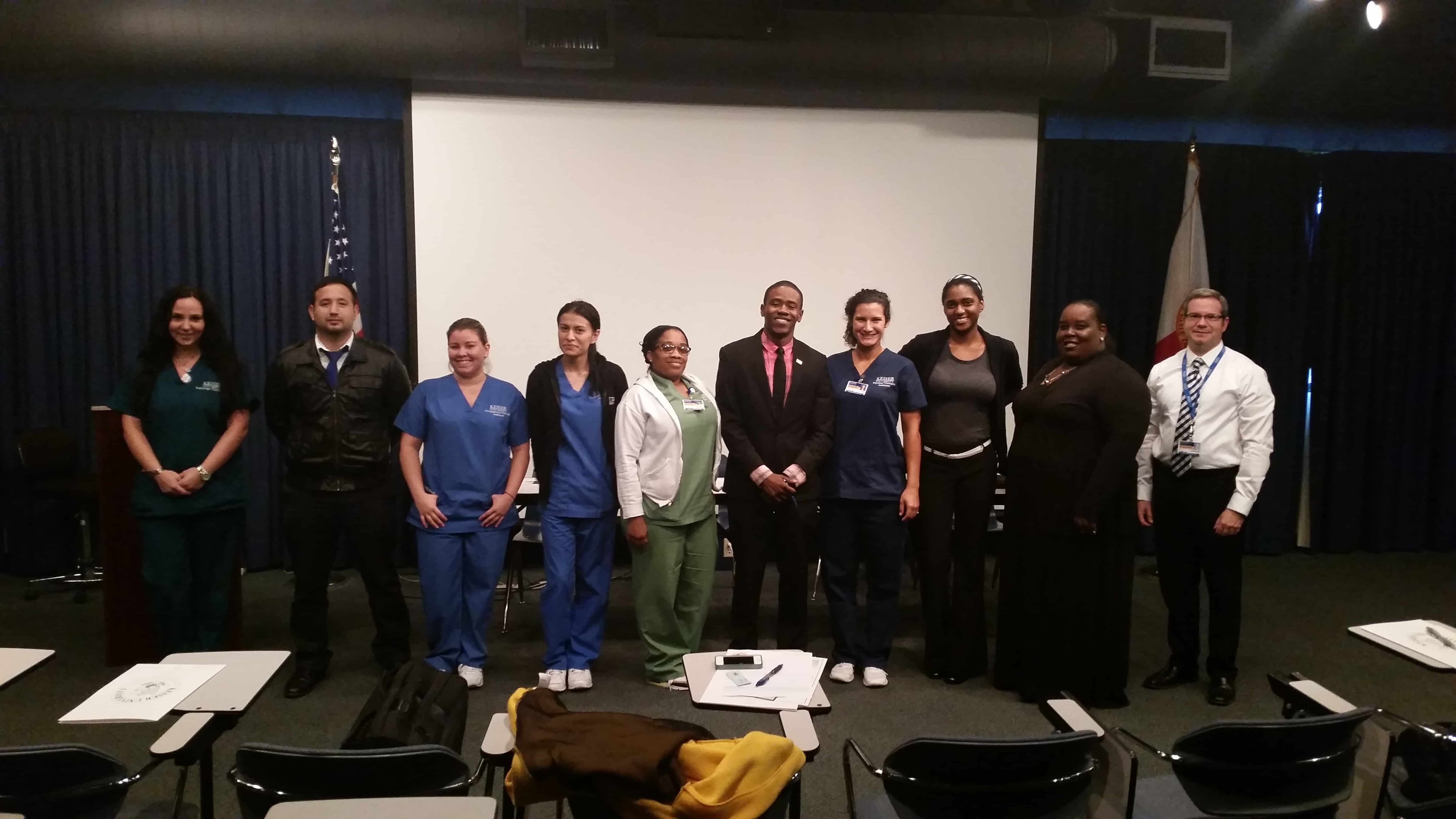 Fort Lauderdale Student Government Association  met for the swearing in of the newly elected executives and senators from the September FTL-SGA...

15 Students Elected to Serve in the Student Government Association at Ft. Lauderdale

Posted on November 6, 2014 on Seahawk Nation

Fort Lauderdale Student Government Association  met for the swearing in of the newly elected executives and senators from the September FTL-SGA campus-wide elections. Eleven senators and four executives declared their commitment to the SGA and the FTL campus through reciting the Oath of Office that indicates their efforts to enhance the KU mission in a “positive and meaningful way.” Present at the meeting were advisors and executives of five on-campus organizations including the Student Occupational Therapy Association (SOTA), Phi Theta Kappa (PTK), Keiser University Physician’s Assistant Student Association (KUPASA), the National Student Nurses Association (NSNA), and the Student Physical Therapy Association (SPTA). Each organization explained their mission to the SGA as well as provided them with a list of each of their planned activities. William Ortiz, Program Director for the KUFTL Radiologic Technology program, presented at the meeting as well, vying for the new officials’ support of the upcoming Movember campaign for men’s health awareness.