Keiser University Seahawk Flag Football player Kennedy Foster is gaining skills both on and off the field thanks to her role as Slot Receiver on the...

Keiser Flag Football Player is Thankful for Lessons, Both On and Off of the Field

Keiser University Seahawk Flag Football player Kennedy Foster is gaining skills both on and off the field thanks to her role as Slot Receiver on the university’s undefeated Flag Football Team.

Foster, a freshman working toward her Bachelor of Science degree in Sports Management, is using the physical and mental lessons she’s gained to grow as an athlete and a student. “Athletically, being on the team has allowed me to grow my performance, and personally it has shown me another level of work ethic and commitment, especially when it comes to the weight room and my studies,” said Foster who shared that she joined the group because she wanted to become part of something bigger than herself and knew that the team’s first season would be a historic one. “We capped off our inaugural season undefeated because our whole team ‘locked in.’ That has been the phrase this whole year as we focus on getting better and ‘punch the timecard’ throughout each practice and workout,” she said.

“Kennedy is one of the most dedicated student-athletes I’ve ever been around in my 23-years of coaching,” said Hilliker, who was just named The Sun Conference Coach of the Year along with Webber International’s Jeffery Melesky. “She always has a positive attitude and is willing to do whatever the team needs so we can be successful. I believe her roles at Keiser have allowed her to grow in all aspects of her life,” reflected Hilliker of the first team All-Conference player who lives in Palm Beach Gardens, Florida, and attended Dwyer High School.

“The team is new, and our exciting group is growing every day as we welcome more people to join us,” said Foster of the sport which has grown tremendously thanks in large part to support from Nike and the NFL. Previously a member of the University of South Florida Flag Football Team, serving as team captain and quarterback, Foster has played in all five games for the Seahawks while hauling in five touchdowns and leading the team in receptions and receiving yards. In the air, she was 3-for-5 for 31 yards. Hilliker guided the Seahawks to a perfect 9-0 record (8-0 TSC) in 2021, earning the No. 1 seed in this year’s Sun Conference Flag Football Championship. The Seahawks claimed the inaugural Sun Conference Tournament Championship with a 33-0 shutout of St. Thomas on Saturday afternoon in Miami Gardens, Fla. This was the third shutout of the season by Keiser.

Keiser University’s Bachelor of Science in Sport Management is designed to provide students with the knowledge and skills required for a career in the sports industry. The sports industry is one of the largest segments of the economy, and opportunities for careers exist in international, professional, amateur, and collegiate sport, as well as in tourism, recreation, and private sports enterprise. The Keiser curriculum focuses on the business aspects of the sports industry, including marketing, management, law, sales, economics, and finance. 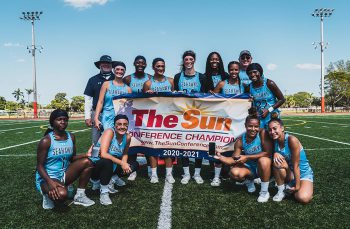 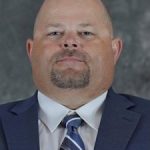