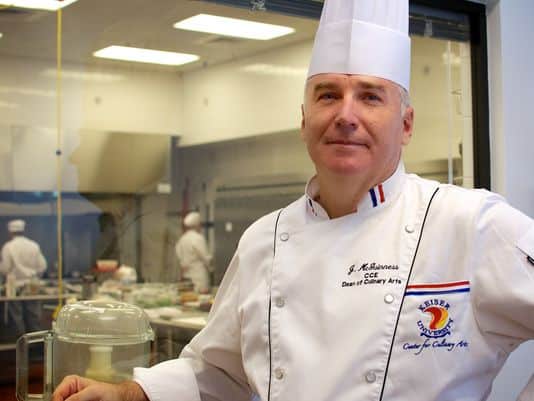 Inherent in Keiser University’s mission is service to the community and the Melbourne campus takes that seriously.  The Center for Culinary Arts...

Inherent in Keiser University’s mission is service to the community and the Melbourne campus takes that seriously.  The Center for Culinary Arts will be participating in the 8th Annual March of Dimes Signature Chefs Auction on Tuesday, October 4, 2016.  The event is a culinary showcase and will feature ten of Brevard’s top culinary masters, including Keiser’s very own Chef James McGuinness.

Chef McGuinness began his career as an apprentice in the kitchens of the Westin Hotel, Chicago. He went on to work at a variety of positions in Chicago, including the Four Seasons Hotel, Café Gordon, product development work at Kraft Foods, and recipe testing for the Sara Lee Corporation. In addition to his time in the kitchens, Chef McGuinness helped develop a bi-lingual technical program for the Hispanic community at St. Augustine College on the north side of the city. Chef joined Keiser University as Dean of the Center for Culinary Arts in 2010. The program is recognized as Exemplary by the American Culinary Federation and has received Recognition of Quality Culinary Education from the World Association of Chefs Society, one of only six schools acknowledged in the Unites States. Chef is ACF Certified as a Culinary Educator and he is the 2015 winner of the FRLA Ferdinand Metz Rapid Fire Competition.

For the event, Chef McGuinness plants to make Tagine of Chicken with spherical olives, preserved lemon pudding, and cauliflower couscous. 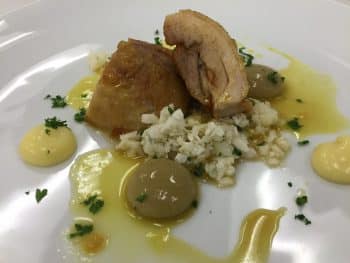