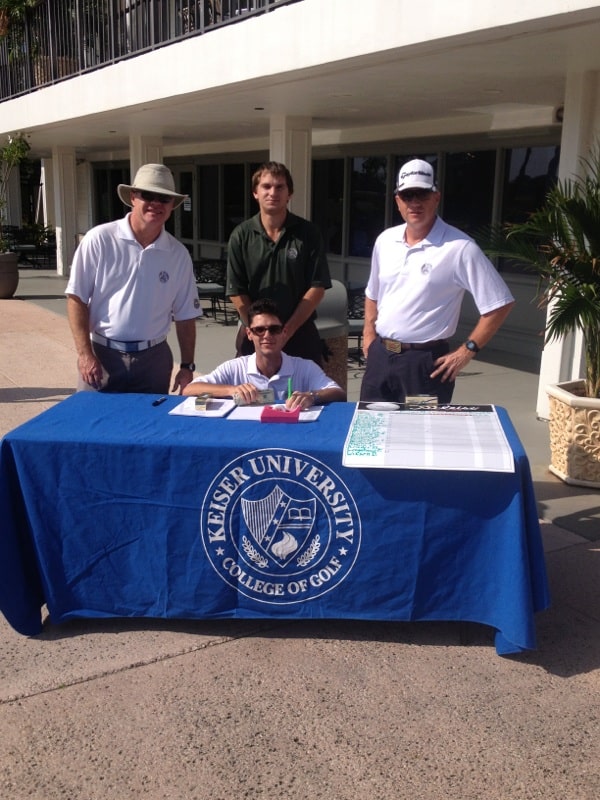 PGA Professional Frank Longabucco’s Tournament Operations class recently organized and conducted a golf tournament to benefit the Cystic Fibrosis Foundation.  The event was played at Palm Beach Polo Club’s Dunes Golf Course, and 32 students participated.  The class managed every aspect of the event from forming a committee, to establishing the format, gathering prizes, promoting the event, handicapping the field, and posting the final scores.

The winners of the two-player scramble were Zack Campbell and Nick Lewis in the gross division with a sterling score of 6-under par 66.  The net division was won by John Gaston and John Buboltz.  Brad Costa captured Closest-to-the-Pin, and Bryce Buesing won the Long-Drive competition.  Tournament chair William Graves who assumed overall responsibility for the event stated, “The students enjoyed the overall experience and learned all aspects of running a charity golf tournament.” The event raised over $150.00 for the Cystic Fibrosis Foundation.