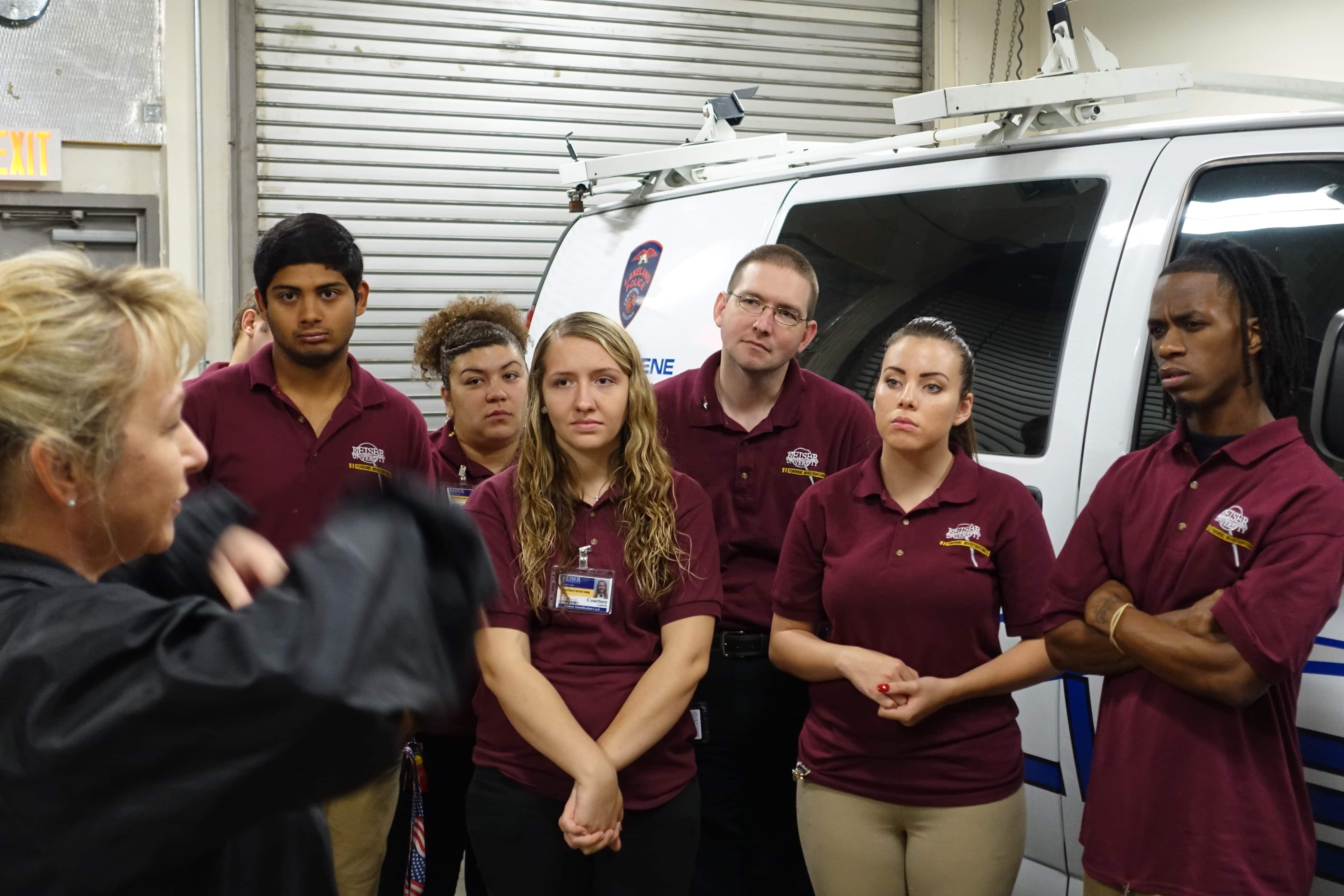 Mr. Redmond, at the Lakeland campus, took the Crime Scene Technology and Forensic Investigations students to the Lakeland Police Department’s Crime Laboratory.  While there,  students observed various latent fingerprint process stations, observed the AFIS computer, and the trace evidence processing section, and spoke with a latent print examiner. Students were also able to view the crime scene van, as well as a vehicle that had been involved in a  fatal traffic accident after going airborne at a high rate of speed, before striking a tree while in the air.  Students also observed Mr.  Redmond’s polygraph office at the police department. 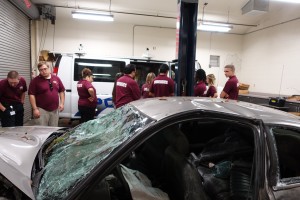