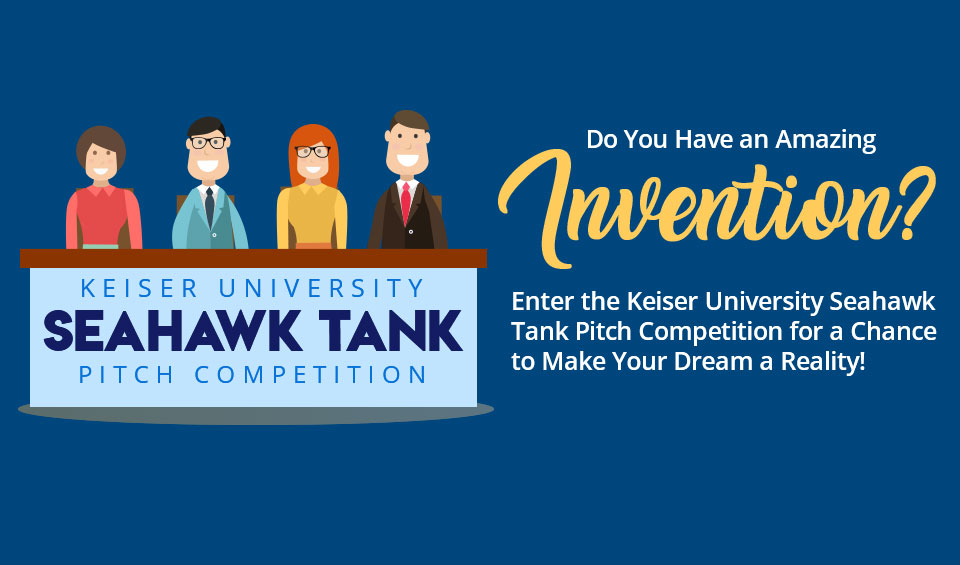 The Keiser University Seahawk Tank Pitch Contest provides students the opportunity to see their business goals and inventions come to life. At least eight (8) finalist contenders will present their ideas to a panel of industry judges in hopes of winning cash prizes totaling at least $10,000.

The deadline for submitting application forms is February 25, 2022