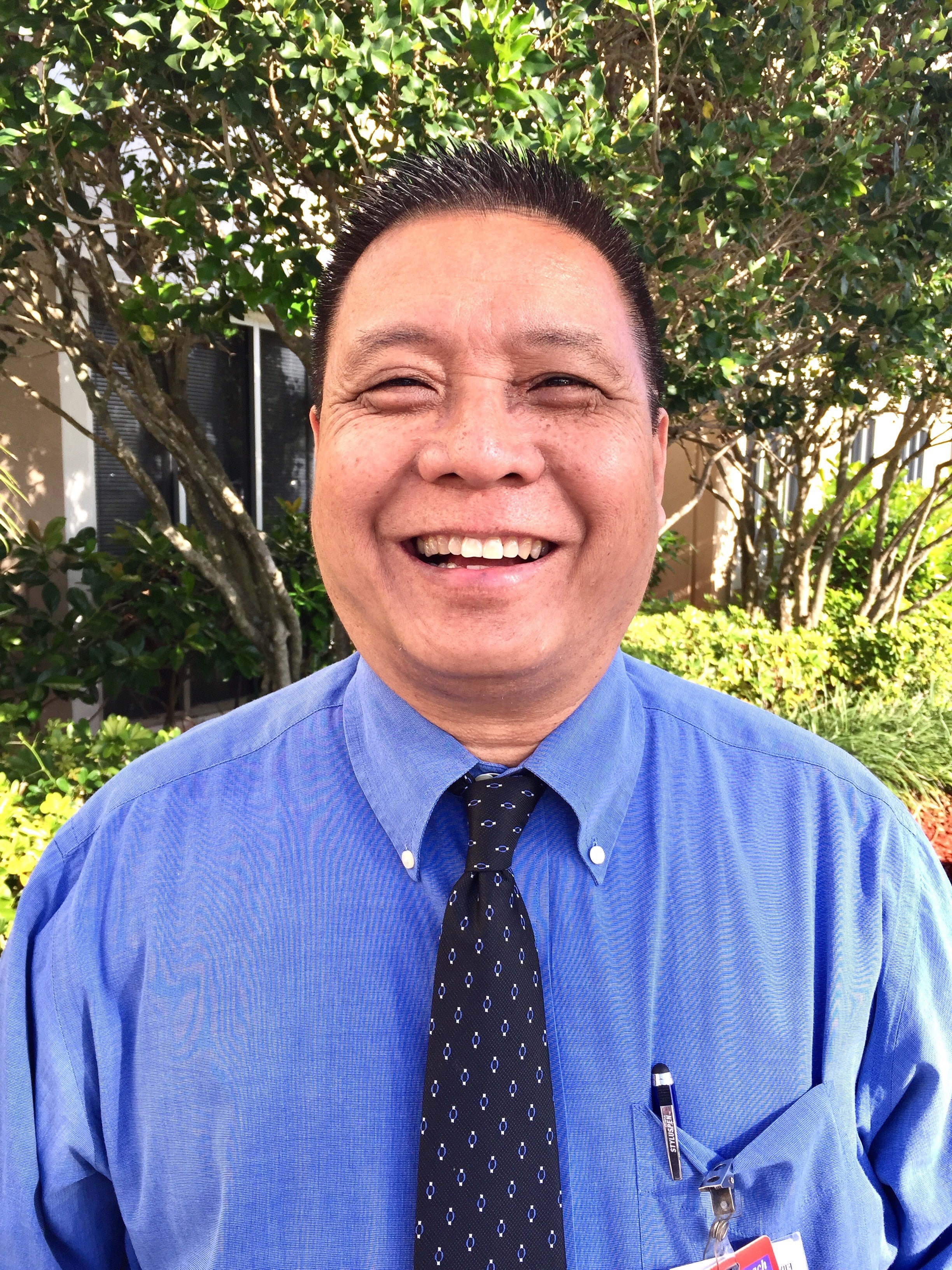 Arnel Lorinos MSN, RN Arnel Lorinos is one of those faculty that students respect, fear, and love. His tough-but-fair approach in the classroom and...

Posted on May 9, 2017 on Featured Articles, Seahawk Nation

Arnel Lorinos is one of those faculty that students respect, fear, and love. His tough-but-fair approach in the classroom and at clinicals require his students to always be at their best. Professor Lorinos, a full-time nursing faculty member at the West Palm Beach Campus since 2008, earned his BSN at Far Eastern University in Manila, Philippines, and his MSN at the University of Phoenix.

Students in his Basic Adult Health course say that his encouragement stays with them long after they have moved on. They also are impressed by his care for patients, as evidenced by one student observing him giving a patient in pain a massage as the student did an assessment in the clinical setting. Professor Lorinos does not simply allow students to barely get by. He pushes them to their full potential and effortlessly engages them in the classroom. As one student put it, “He was hard on us, but I feel that makes us better nurses.”