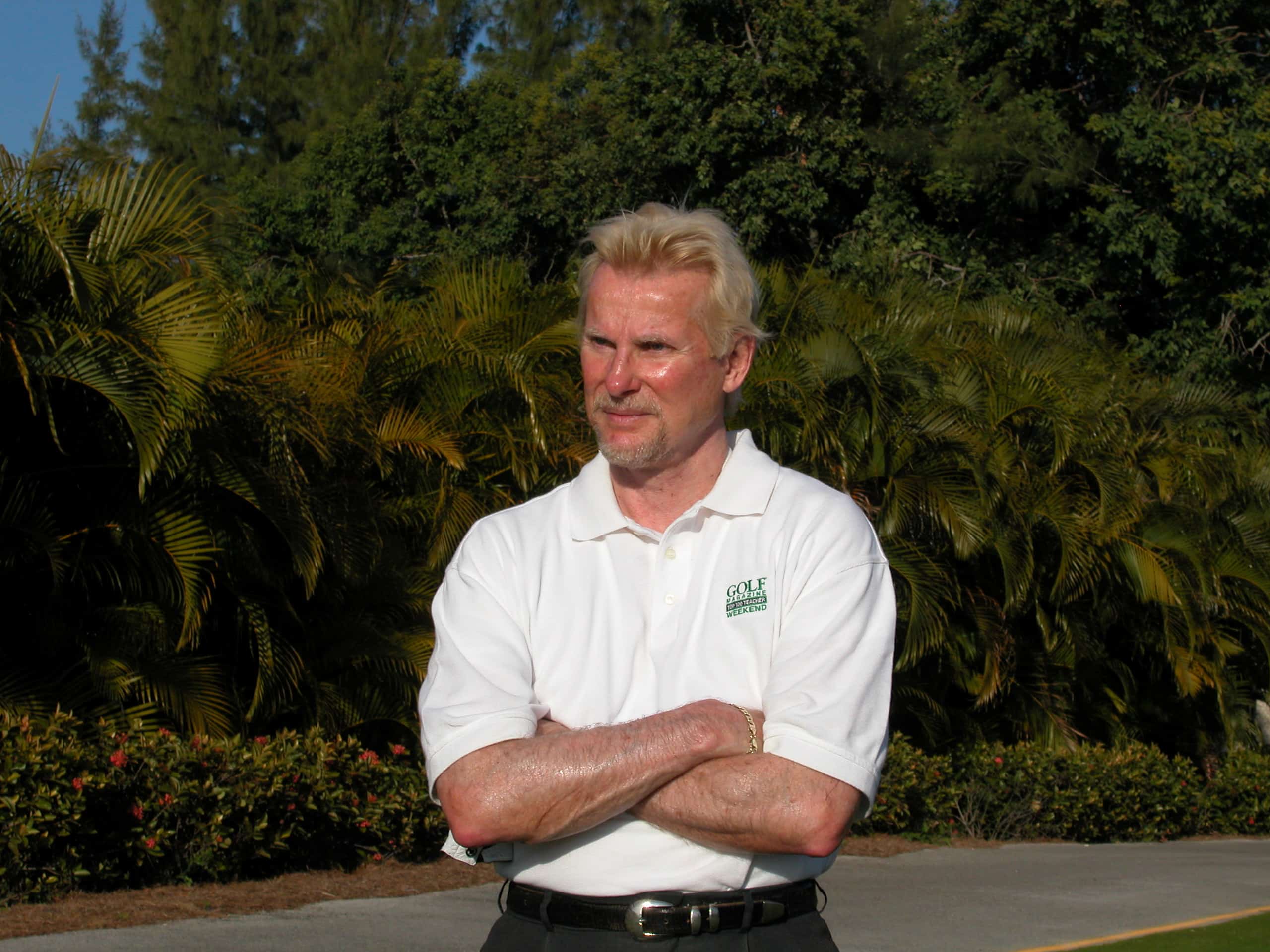 You Don’t Do a Release, You Have One By TJ Tomasi, Keiser University College of Golf Instructor   If there is one thing you need to learn...

FEATURED ARTICLE: “You Don’t Do a Release, You Have One”, by TJ Tamasi, College of Golf Instructor

You Don’t Do a Release, You Have One

If there is one thing you need to learn about the golf swing, it’s this: The closer to impact you get, the less you should be trying to do. Said in another way, less is more. Let’s be clear on one point — it is not through conscious manipulation that you bring the clubhead to the ball – it’s by proper use of your legs that you release the clubhead to the ball.  The front leg forms a wall and the back leg drives the body across that wall, causing the automatic release of the clubhead. Basically you don’t ‘do’ a release, you have one.

Studying the photos will highlight the process. In photo 1, my student, an expert pro player, is using his knees perfectly. 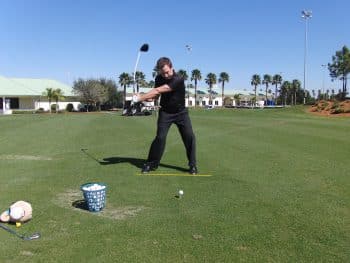 Note that the right knee is just beginning to fire forward toward the target. The overall look is one of driving the right side into the ball. Hanging back on the right side here would be disastrous – you’d have to force a release.  When the angles of power contained in the wrists and right elbow are lost across the “hitter’s wall” the clubhead hurtles into the ball at max speed. The energy at this point is in his lead arm. How do I know? Look at the bowing of the shaft. The clubhead is being pulled to the front wall established by the front hip and leg.

Photo 2. While this release looks active, it is actually the result of running the right side across a resisting left side. If you are correct on the backswing, the downswing is all about doing nothing — something that is tough to do for a species of manipulators like us! 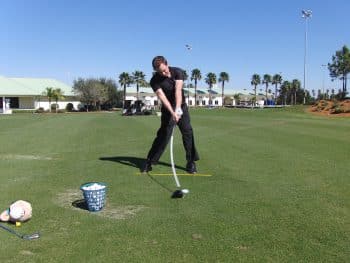 Here the shaft bowing has reversed and the clubhead has switched from being pulled to being slung over the front wall by his resisting left side. Note how the right knee leans inward.  This allows the club to release without flipping.

Takeaway: The release of the clubhead to the ball can be described by this image: A horse and rider approach a 6-foot jump at full gallop. The horse stops dead, and the rider is “released” over the wall.