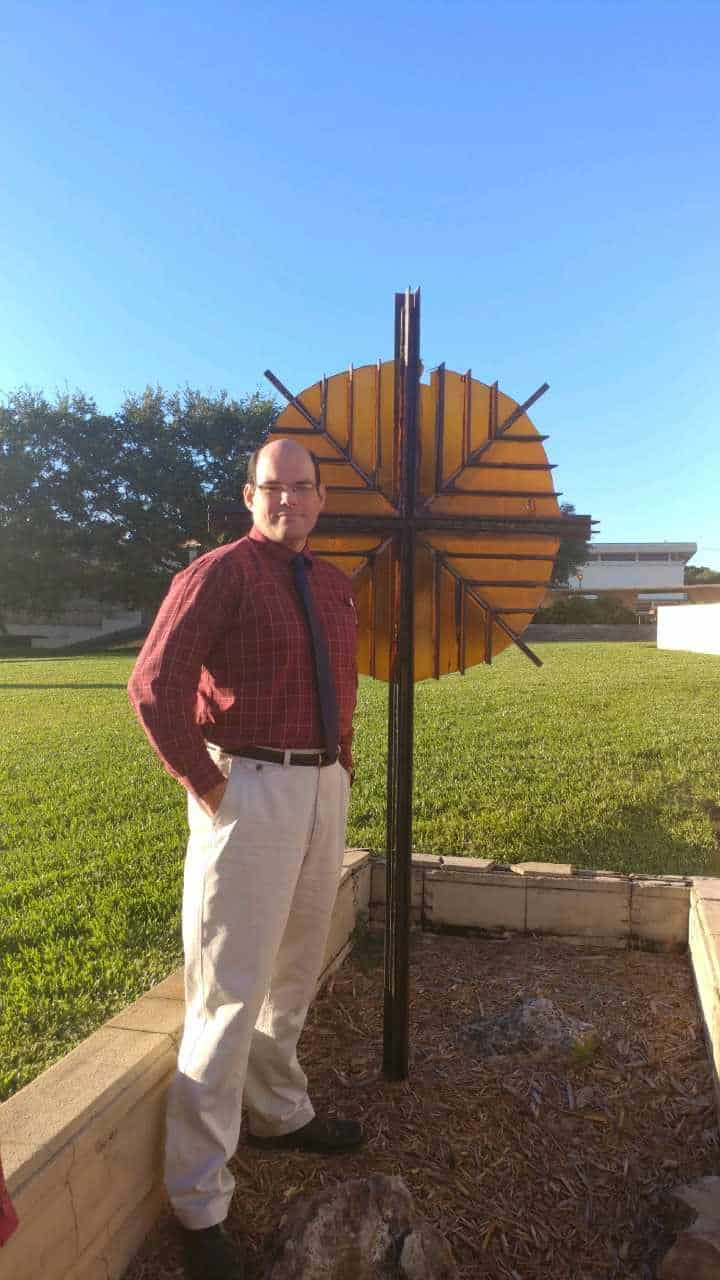 John Davis Jr., instructor of English, was recently published by the American Journal of Poetry. This publication routinely features nationally...

American Literature, Davis’s favorite class to teach at KU, provides him with the role models and examples that help inspire his work, as well. Great authors like Edgar Allan Poe, Robert Frost, Walt Whitman, Rita Dove, Lucille Clifton, and Billy Collins are just a handful of the voices that Davis admires and integrates into his classroom.

“I’m lucky because I get to teach the great influencers of poetry and literature,” Davis said. “Their works and their lives help motivate me and my students.” In addition, Davis added, his students serve as daily inspiration as well: “Sometimes, what a student says or does in class can lead to creative work of my own. … I’m very grateful to have students with such rich lives that they’re willing to share.”

He has been in higher education since 2010, and has served KU since September of last year. Those 10 months, Davis says, have been the best for him professionally. “Keiser allows me to do what I love. I get to make a difference, which is what all teachers really want.” Davis began his education career in the secondary classroom nearly 15 years ago.

Davis’s poetry has previously been featured in venues like New York City’s Poets House, a national landmark of the literary scene, and in such far-away locations as Lisbon, Portugal, where he participated in the Disquiet Literary Program in 2016, studying under such notables as Denis Johnson and Poets Prize winner Erica Dawson.

His work is also being exposed to a local audience via the Pinellas Public Library Cooperative (PPLC), a network of libraries throughout the Clearwater area. Davis’s 2014 collection, Middle Class American Proverb, has appeared on shelves in the Largo Public Library, and his newer book, Hard Inheritance, can be found in nearby Polk County’s libraries, as well.

His individual poems have been published in dozens of literary magazines and websites internationally, and he has won awards from the Lee County Alliance for the Arts, the Florida State Poets Association, and other literary organizations. His work has also recently been featured by The Common, a widely respected literary magazine operated by the University of Massachusetts.

None of this would be possible, Davis says, without the support and encouragement of Keiser University. “I’m thankful to have the time and the opportunity to pursue both my passions: teaching and writing,” he stated. “Teaching at Keiser has helped me become a better educator and poet.”