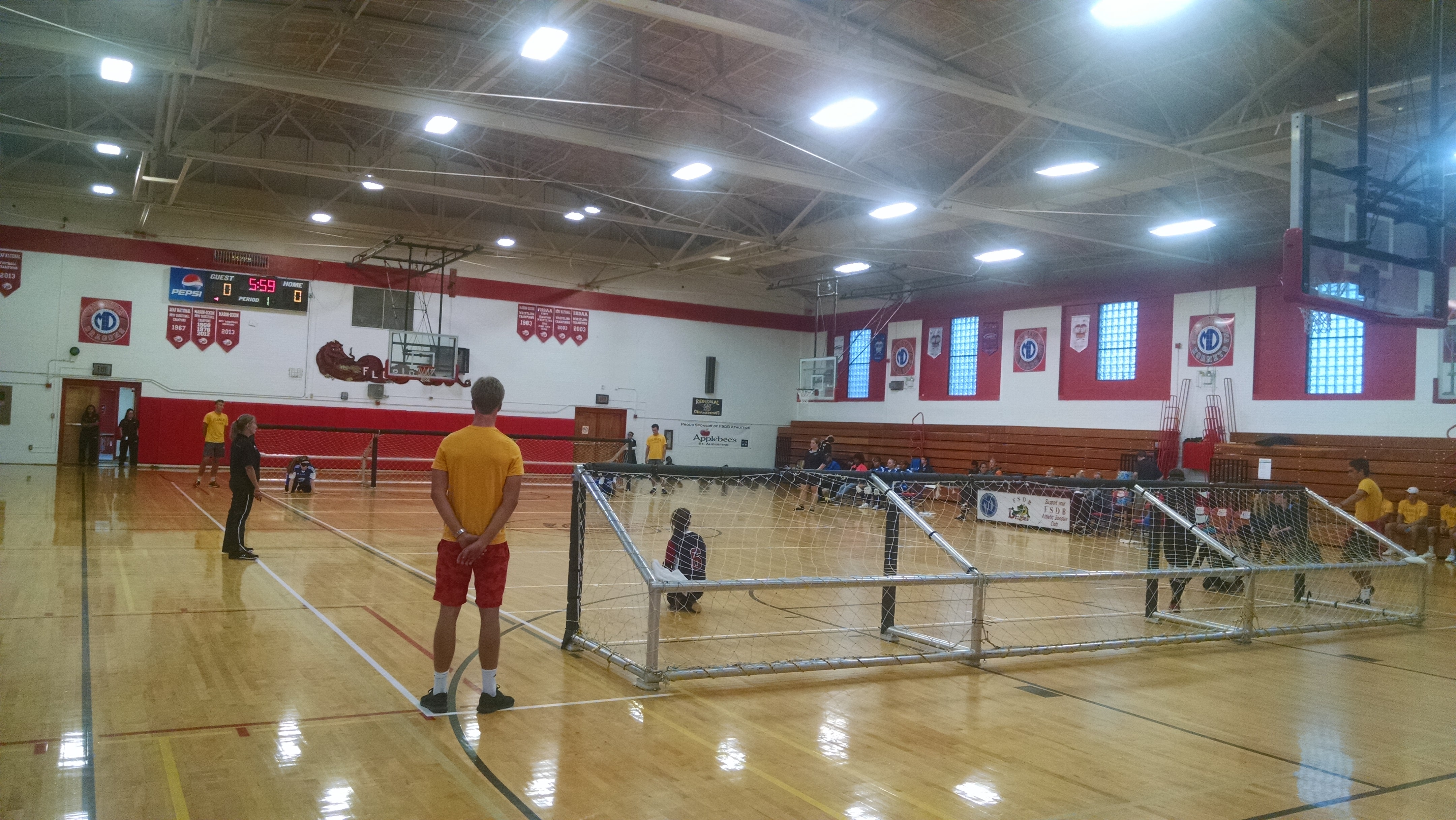 Sports Medicine and Fitness Technology students seeking their Bachelor’s degrees had a unique opportunity to see and volunteer at a sporting event...

Sports Medicine and Fitness Technology students seeking their Bachelor’s degrees had a unique opportunity to see and volunteer at a sporting event unlike any other. Students attended the U.S. National High School Goalball Championships, a battle of the best high school teams in the nation for supremacy in a prominent sport for the visually impaired. Instructor Matt Graifer and three students had the opportunity to watch the nation’s best during the first night of the tournament.

Goalball began as a post-World War II sport aimed at helping to rehabilitate war veterans, and it has become one of the most revered sports for blind athletes the world over. Visually impaired athletes (who have varying levels of impairments including total blindness) compete on a volleyball-sized court where three athletes all wearing eyeshades must score on the opposing team’s goal by rolling a ball with bells in it at a high speed on the court. The three defenders on the opposing team must listen to the sound of the ball in an effort to stretch out and block each shot. The sport has been prominent on the world stage as part of the Paralympic Games since 1976 in Toronto with Team USA holding the most medals in the sport of any country in both the Women’s and Men’s divisions.

Keiser students Stephanie Hofer, Toni Hiett, and Krystin Hill all helped to control access to the tournament held at the Florida School for the Deaf and Blind in St. Augustine. In addition to the rules on the court, the audience is subjected to some strict rules as well. The audience must remain quiet so that the athletes can hear the ball and typically people entering the gym may only do so in between shots on the court. The event was attended by high schools from all over the country including schools from Georgia, New York, and Utah. The event was also attended by Marybai Huking of Team USA who just won the bronze medal in this past summer’s Paralympic Games held in Rio.

We conducted a brief interview with Sports Medicine and Fitness Technology senior student Stephanie Hofer to get her impressions of the event.

Q: What was your impression of goalball upon seeing the sport live?

Stephanie: After seeing the goalball game live, I was so impressed with every single high school athlete that performed.  The sport was so exciting to watch and the fans were excited as well.  People who do not have sight or hearing impairments do not have to think about what it will take to overcome obstacles.
Q: What was the biggest thing you learned from the experience of being at the U.S. National High School Goalball Championships?

Stephanie: The biggest thing that I learned is that these athletes see themselves as normal and love competing in their sport.  Yes, they all have visual impairments but the sport gives each player the same ability to play.  They have to use their keen sense of hearing to perform.  The way they moved on the court was just amazing.  They knew where they were in relation to the court, the goal, and each other.  Their focus was to listen for the ball and either score or block when necessary.

Q: What did this teach you as an aspiring health and fitness professional?

Stephanie: This experience taught me that anyone can be an athlete.  High school level athletes just like having fun and being competitive.  They work hard to become the best that they can be, including becoming a collegiate or even professional athlete someday.  Hard work and productive habits happen at this age which is why it’s so important to be supportive.

Q: Please provide your final thoughts on your experience as part of the U.S. National High School Goalball Championships:

Stephanie: I am so thankful for this opportunity.  Being there with [Mr. Graifer], Krystin and Toni was great and I will never forget it.  I learned that life is what you make it.  Being an athlete comes from within at all times. 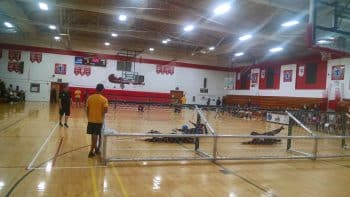 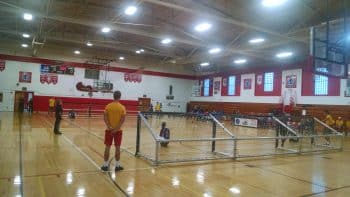