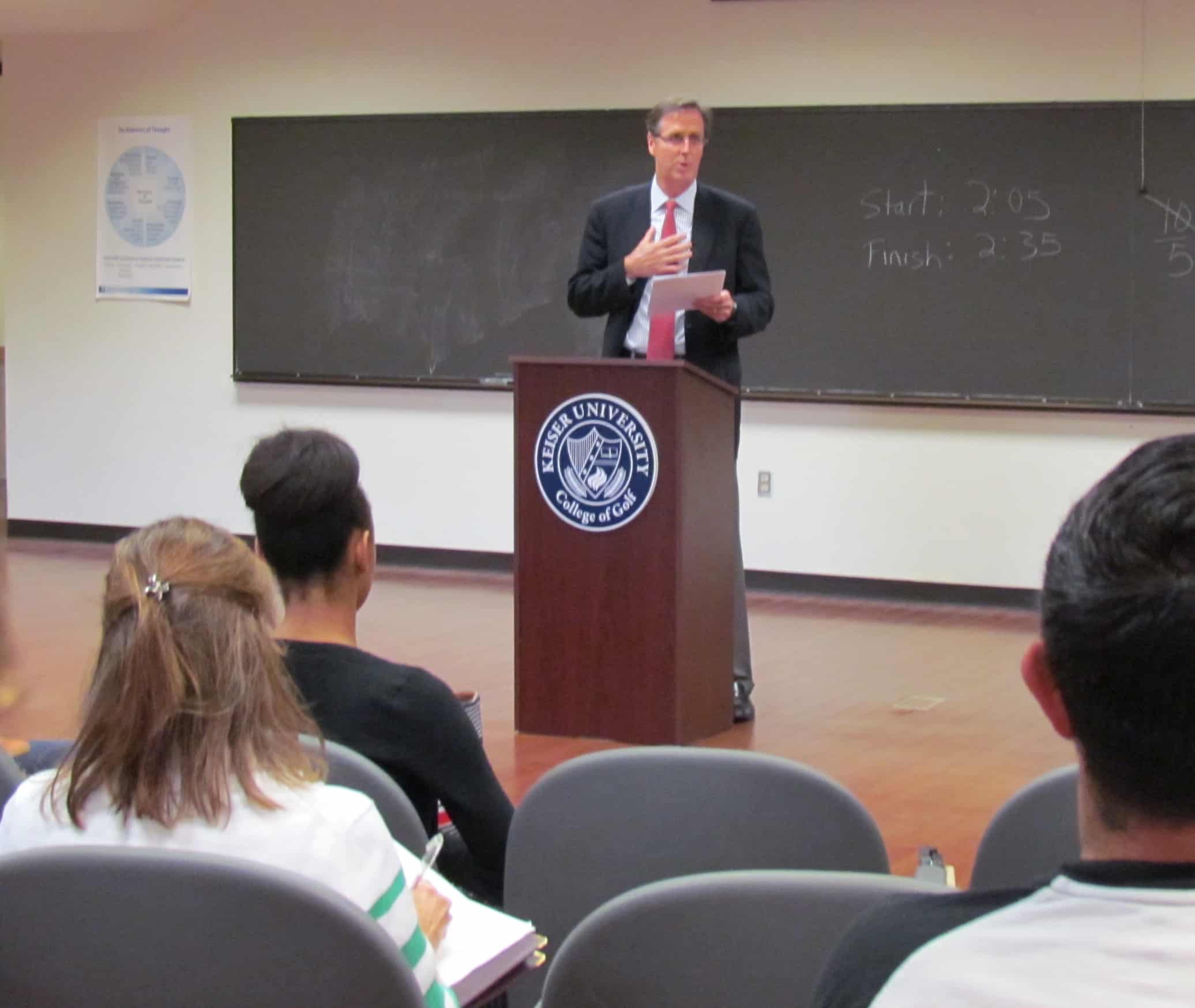 While gathering to learn how Wall Street executive Jay Twyman was able to become one of the youngest senior managing directors for Bear Stearns,...

While gathering to learn how Wall Street executive Jay Twyman was able to become one of the youngest senior managing directors for Bear Stearns, Keiser University Flagship Campus students received sound advice relating to the importance of building relationships, ‘stepping up’ when called upon, and treating adversity as an opportunity.

Twyman shared how his father Jack’s dedication to a fellow teammate back in the late 1950’s and 1960’s has shaped him both personally and professionally, as he introduced the group to a former Cincinnati Royals player by the name of Maurice Stokes. Known as one of the best forwards in the country, Stokes, a 6-foot-7 and 240 pound athlete fell unconscious after a traumatic injury on the court and later went into a coma, becoming permanently paralyzed, as the blow had damaged the part of his brain that controls motor function.

In desperate need of support and with mounting medical bills, Twyman, a child at the time, recalled how his father stepped up to become Stokes’ legal guardian, and how the former athlete became a part of the family.  Jack Twyman eventually founded the Maurice Stokes Foundation to defray medical bills and advocated for his friend until his death in 1970.

In addition to sharing the personal lessons he’d learned, Twyman also shared financial insights and career advice as he discussed the benefits of compounding interest, the rule of seven for bonds, and potential for growth in the technology industry. He closed his presentation by reminding the group to ‘never quit’ whatever the obstacles.

For over 30 years, Jay Twyman has had a distinguished career working on Wall Street for Bears Stearns and Barclays Capital.  He recently developed a start-up in the financial business where he applies his domestic and international business experience working in Europe and the Middle East. 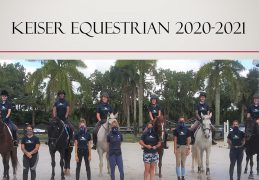 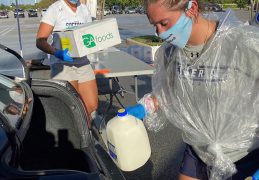 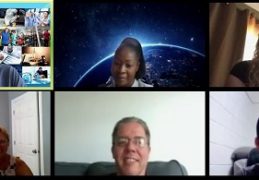