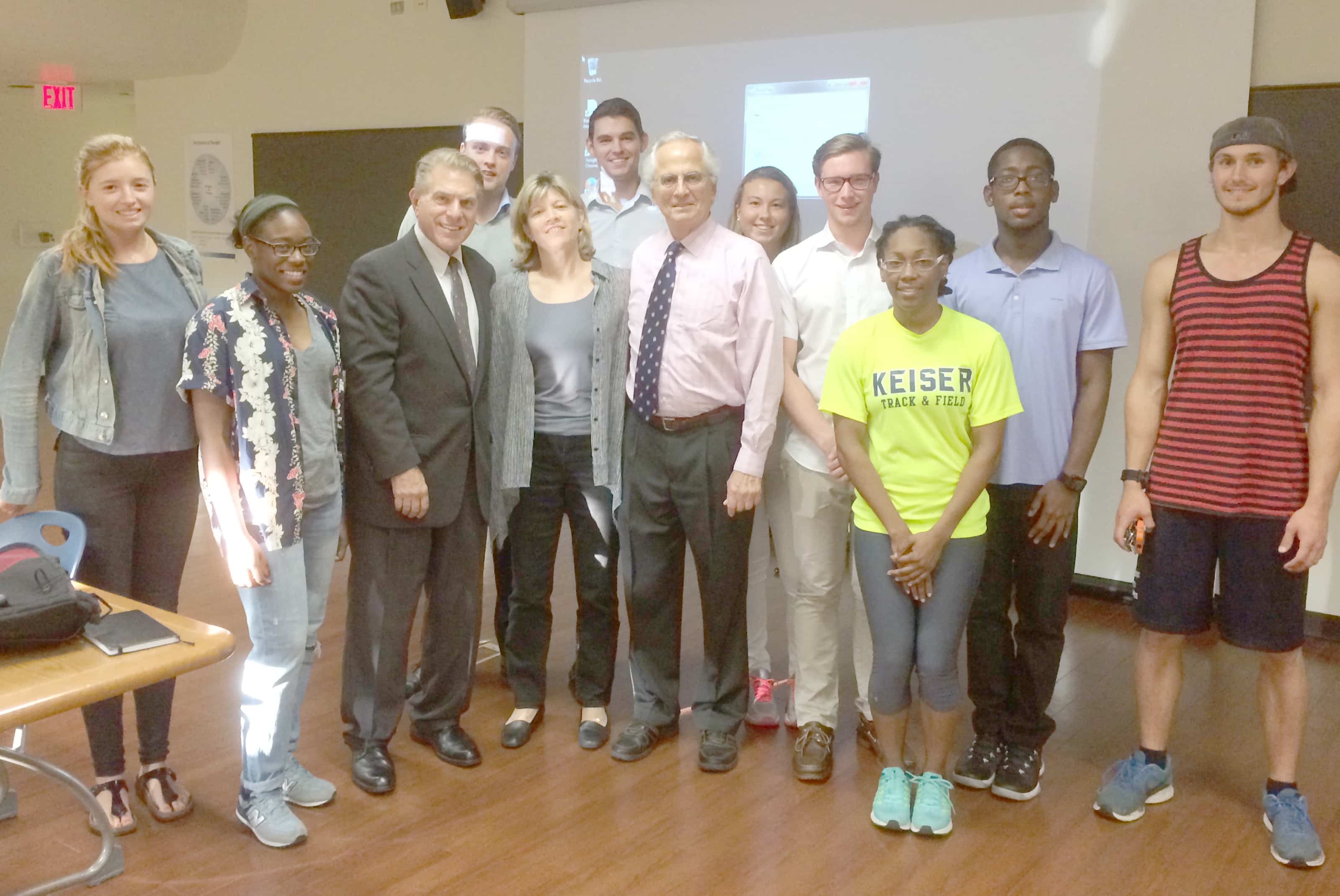 The Entrepreneurship Society students learned about the latest changes to the SEC rules governing financial crowdfunding as opposed to rewards based crowdfunding and were also provided the opportunity to share feedback relating to a mobile app targeted for millennials which was developed by one of Outlaw’s companies.

Co-founder and CEO of peerbackers and Crowdcast Network, Outlaw is a seasoned entrepreneur having run her own businesses for the last twenty-five years. As president of Infinity Productions, she’s managed Russian-based operations including producing television programming for NBC, The Discovery Channel, and PBS as had staged concert tours, exported Russian goods, and established the first ever cultivated cranberry operation within the former Soviet Union.