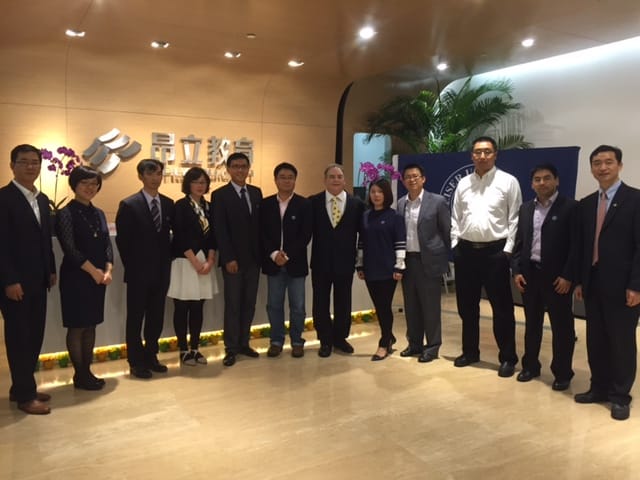 An unprecedented change is occurring in China’s higher education landscape in which approximately 600 higher education institutions will be transitioned into universities of Applied Science.  Citing Keiser University Chancellor Dr. Arthur Keiser’s experience and expertise in developing a University where the vast majority of majors are career focused, he represented the United States.  He served as the keynote speaker at both the World Federation of Colleges and Polytechnics (WFCP)’s annual conference and the 14th China Annual Conference for International Education from October 23rd to 26th at the China National Convention Center, Beijing, China. The conferences were sponsored and organized by China Education Association for International Exchange, or CEAIE, a division of China’s Ministry of Education. Over 2,000 educators, industry representatives, government, and community leaders from around the world attended the four-day events. This year’s conference theme was “Education. Career. Future.”

“As China begins what could be described as an education revolution, I am honored that Keiser University is seen as an exemplary model of career focused education,” said Keiser.  “Internationalization is the future of education. How academic institutions develop a skilled workforce is a global challenge and an opportunity,” he added.

Dr. Keiser presented on the topics of Building International Campuses and Career Education in the United States. Highlights of the Building International Campuses presentation included the challenges and opportunities of establishing a new university, ongoing operations, and expansion in a globally competitive environment. In his presentation, Dr. Keiser emphasized that building international campuses is a part of an academic institution’s mission, as Keiser University believes in global education system, and the university’s mission includes international outreach.

The Career Education in the United States presentation focused on the history of career education in America and the growth of the three distinct sectors: the public vocational technical school, the community college, and the private career college.  Dr. Keiser examined the growing impact of career education on all of higher education which may have the profound possibility of transforming the traditional colleges and universities.  The presentation included the changes initiated by the federal government and recommendations from think tanks such as the Gates Foundation to emphasize return on investment (ROI) in determining program and institutional efficacy. A concluding commentary regarding the future of career education in the U.S. encouraged discussion among the distinguished members of the audience.

Also, during the trip to China, Keiser visited the University’s Shanghai campus which opened in 2010.  Keiser anticipates the opening of two additional sites in China: one in China’s southern province Hainan, partnering with Hainan Normal University, offering a baccalaureate degree in Sports Management with a concentration in Golf Management; the other in Hubei province’s capital city Wuhan, a thriving metropolitan city with a population over 18 million situated in China’s heartland, offering a baccalaureate degree in Business Analytics. 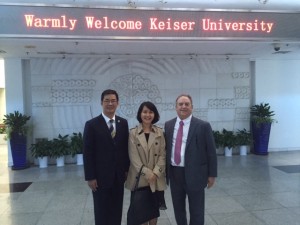 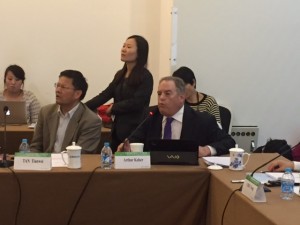