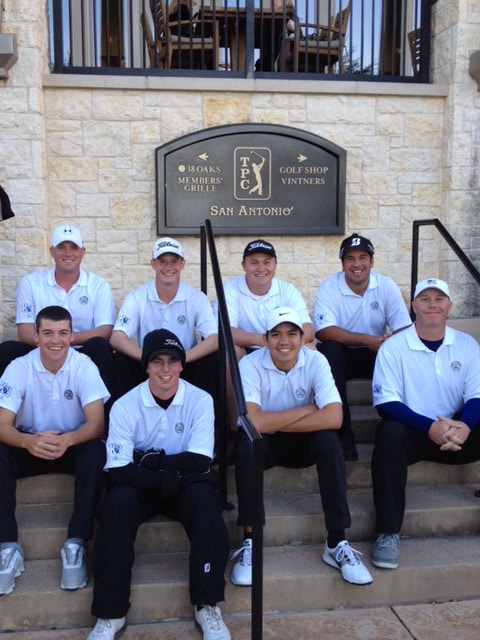 Posted on December 9, 2015 on Seahawk Nation

Recently, the Keiser University College of Golf Seahawks Club Golf Team competed in the 2015 Fall  NCCGA National Championship held at TPC San Antonio in San Antonio, Texas.  Keiser entered the event ranked 14th in the nation out of 225 teams.  The top 32 teams qualified for National Championship.  In qualifying for the Nationals, the Seahawks won both South Florida Regional events in the Fall, defeating UCF, FAU and UM to earn their fifth straight invitation.

The team played well on Day 1, despite 40 mph winds, and finished in 9th place.  Day 2 on the TPC Oaks Golf Course was a struggle.  The Oaks Course is home for the PGA Tour’s Valero Open and is a stern test of golf.  The Seahawks finished the tournament in 13th place. Congratulations to the University of Texas for winning the Championship.  Baylor University finished second, and Clemson University was third.

Coach Frank Longabucco said “I’m very proud of the team.  They kept fighting the entire weekend under almost impossible conditions.  The team displayed professionalism and a great spirit on and off the golf course.  It was a once-in-a lifetime experience for them, and every member of the team appreciated the opportunity to compete.  It was a learning experience that I believe will help each of them in the Spring.  We will have four or five returning team members, and, with the addition of a couple of solid players, I’m confident we can contend for the 2016 National Championship.”

Qualifying for the team will begin again in February 2016. 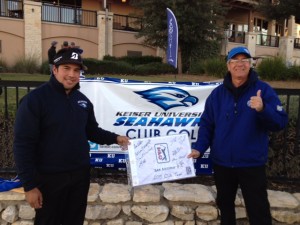