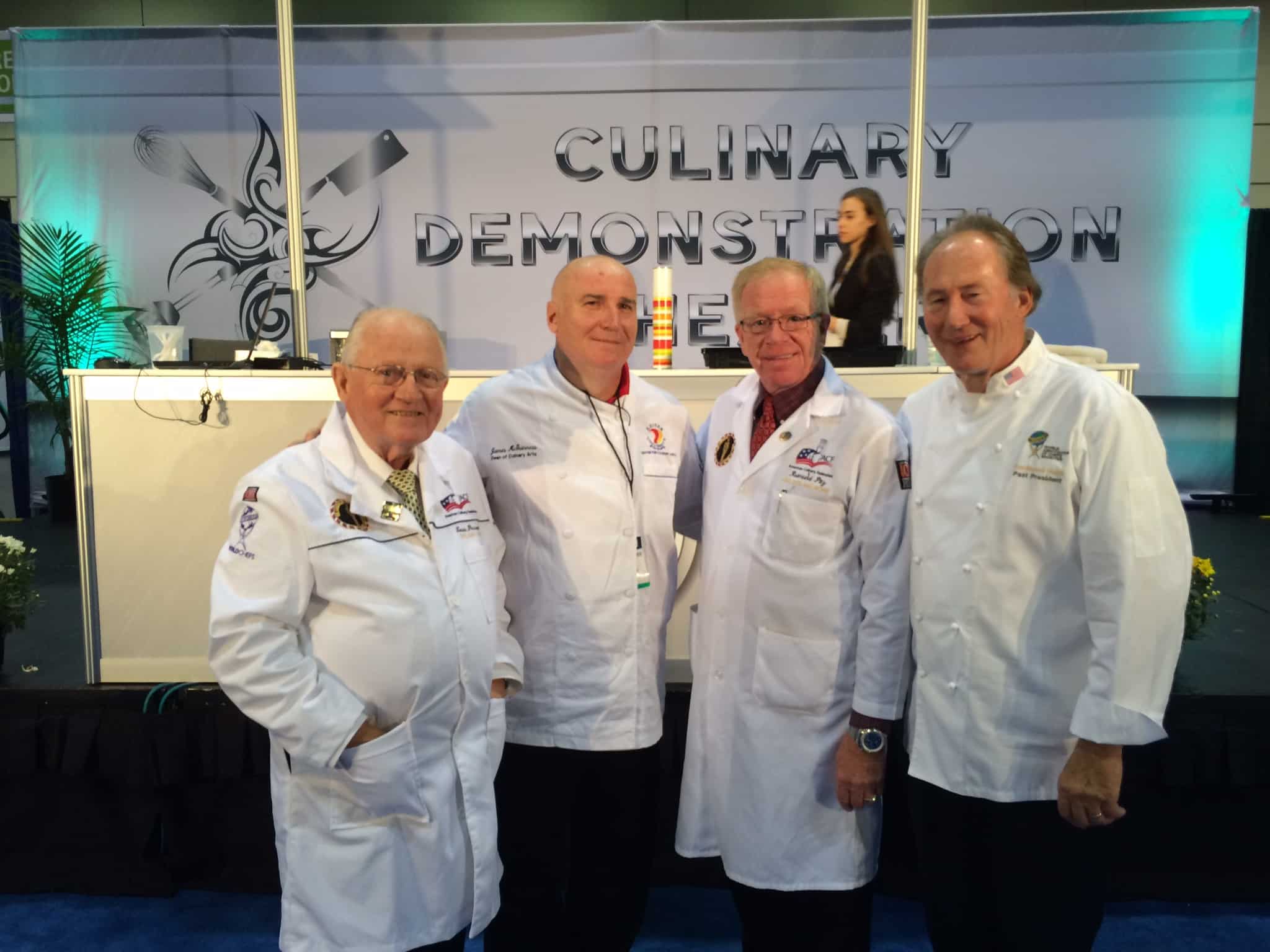 Each chef was given a “mystery basket” of ingredients in addition to all of the items in a common kitchen.  They were given 25 minutes to evaluate their items and produce three portions of an entree for evaluation by the panel of judges.  The panel consisted of Chefs Perrotte and Pitz and one participant who was selected from the audience by the event Master of Ceremonies Joseph Hardiman HAAC MBA CHA. The competitors were evaluated on flavor, presentation and completion on time.

“It was exciting to go head to head against these talented chefs and I am pleased the judges selected my dish as their favorite. My dish was peppered beef sirloin caps with a three vinegar syrup, pommes fondant, melted leeks, cremini mushrooms and parsley garlic jus,” said Chef James McGuinness, Dean at Keiser University’s Center for Culinary Arts. Chef McGuinness has been with Keiser University for five years.  He began his career as an ACF Apprentice at the Westin Hotel, Chicago and has worked in a variety of positions in the Hospitality Industry including time at the Four Seasons, Chicago, as a consultant to Kraft and Sara Lee Foods and as a Culinary Instructor at St. Augustine College and Le Cordon Bleu, Chicago.

The competitors aside from Chef McGuinness included Hari Palapaka, Chef and Co-owner of Cress restaurant in Deland, Chef Richard Deivert, Keiser University Sarasota, and Chef Elizabeth Kublasingh and Eric Diaz from Le Cordon Bleu in Orlando. As the winner of this competition Chef McGuinness has earned the right to be one of the judges at next year’s competition.

“Chef  McGuinness produced the best flavor and plate presentation, and also demonstrated the most poise on stage with his knowledgeable and friendly banter with the audience as he produced his entree,” according to Chef Pitz.