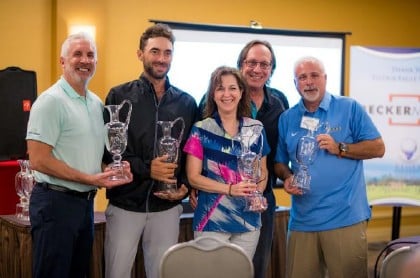 “This year we were thankful to honor Coach Massimino, a true sport’s legend, student mentor and friend,” said Dr. Arthur Keiser, Chancellor and CEO. “It is our distinct privilege to highlight his life and legacy at this year’s tournament.”

NCAA Championship Coach Rollie Massimino admirably guided the Keiser University Seahawks men’s basketball program over the past 12 years, and famously achieved 816 wins during his 45-year coaching career. Best known for his “family style” coaching style, Massimino is considered one of the greatest college coaches of all time.

“At Keiser, we are committed to putting students first and we know that Coach Massimino would be pleased with the generous funds raised to support our academic endeavors,” Dr. Keiser said. “With your contributions, we can continue to educate, inspire, and change the lives of our students.”