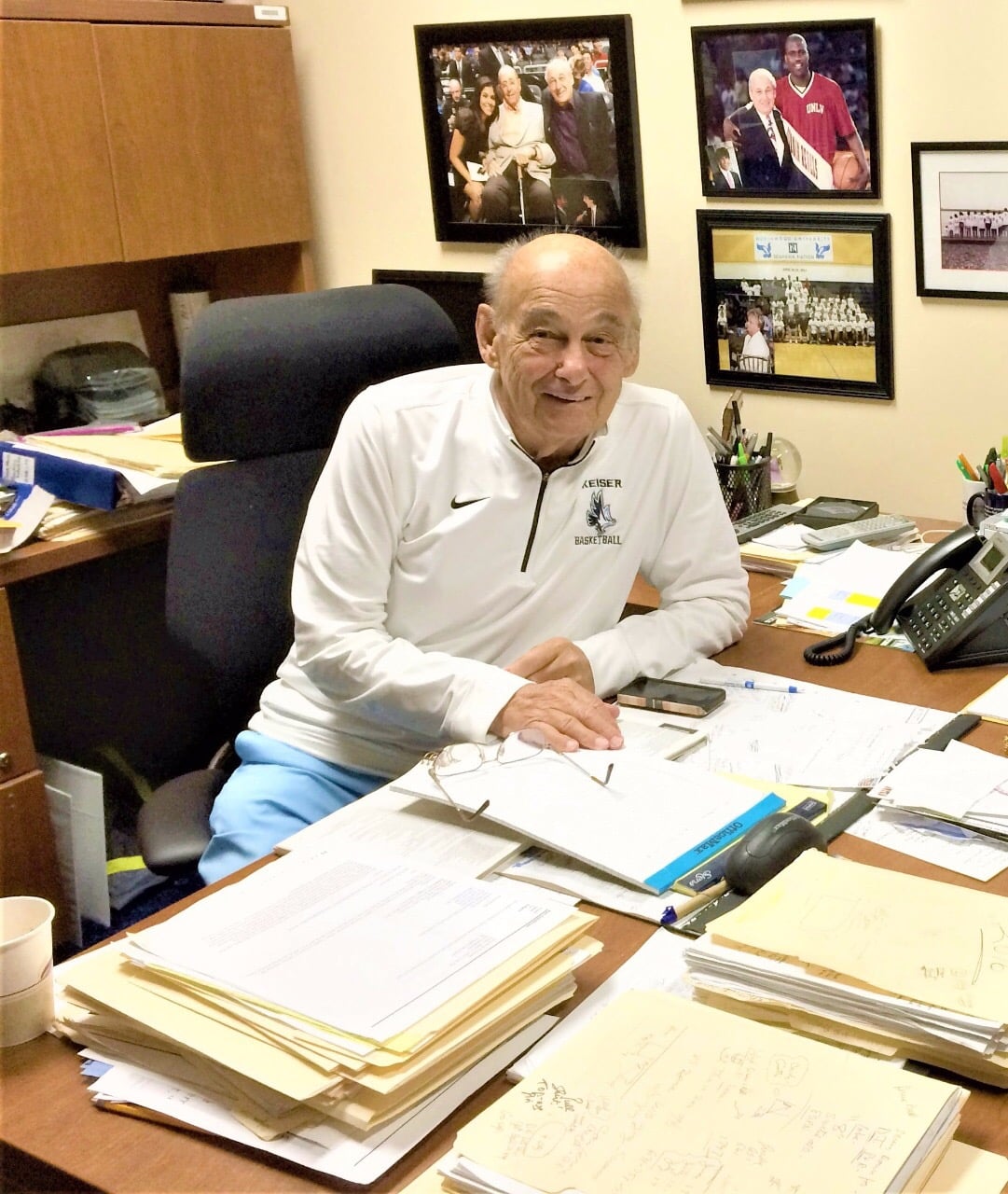 Coach Rollie Massimino, who has admirably guided Keiser University men’s basketball program over the past 12 years, and famously achieved 816 wins during his 45-year coaching career, has sadly passed away at the age of 82.  Coach Massimino, best known for his “family style” coaching, was considered to be one of the greatest college coaches of all time. Comforted at home by his family, friends, and fellow coaching greats, Coach Massimino tragically succumbed to health-related matters.

Across the nation, most knew Coach Massimino for his legendary leadership of underdog Villanova University in its remarkable 1985 NCAA Championship over the heavily favored Georgetown Hoyas.  At Keiser University, we knew him for that incredible accomplishment, but also much more.  His influence helped his fellow college coaches to be even better leaders. He inspired countless college athletes to be their best in the classroom, on the court, and in the community. Most recently, Coach Massimino stood proudly as one of his 2016-2017 players was named Class Valedictorian.

In 2006, Massimino built the Northwood University program from scratch, which would later become Keiser University.  He transformed Seahawks basketball into a national powerhouse in the NAIA, enjoying eight consecutive trips to the national tournament in the program’s short history.  For his achievements in college basketball, Massimino was elected as a member of the 2013 class of the National Collegiate Basketball Hall of Fame in Kansas City, Missouri.

One of his most notable achievements came during the closing hours of the 16-17 season as his Keiser University team notched his 800th career win. Coach Massimino became the 39th coach to record 800 career wins, and just the third active coach in college basketball history, to reach the 800-win plateau and win an NCAA National Championship during their coaching career.

He motivated his players with the belief that “Enthusiasm is Contagious” and that message reflected Coach Massimino’s view of life. By giving 100 percent himself, on and off the court, he instilled enthusiasm into everyone around him with ceaseless energy that radiated onto his basketball players.

As our campus community deeply mourns the loss of Coach Massimino, we extend our warmest thoughts and condolences to his wife Mary Jane and the entire Massimino family.  We are so truly honored to have shared this time with him and take some degree of comfort in knowing the positive impact he has had on college students for the last four decades remains immeasurable.