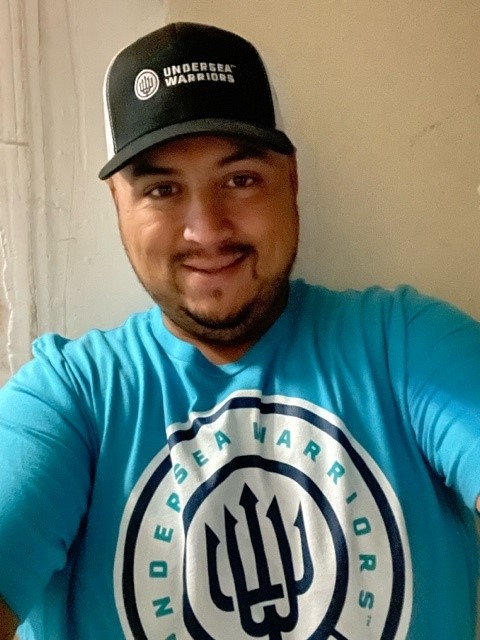 Under the deep blue of the ocean’s surface is where Carlos Stanigar discovered his mission: to help and protect the men and women who have served...

Under the deep blue of the ocean’s surface is where Carlos Stanigar discovered his mission: to help and protect the men and women who have served their country.

Stanigar is the Vice President of Undersea Warriors, a non-profit organization in San Antonio, Texas which aims to heal veterans and first responders suffering from PTSD.

“We actually get them scuba certified and take them underwater to where they have weightlessness. Underwater is a lot more peaceful, it’s a lot more serene,” Stanigar said. “A lot of veterans have shown that they are really enjoying it, and they in turn want to start helping out the next guy, then the next, so it has grown significantly.”

Since the organization began last year, it has graduated 20 individuals from the program and is expanding chapters in Florida and across the nation. The goal, Stanigar says, is preventing the “22 a day.”

According to Veteran Administration statistics, 22 military veterans die by suicide every day.

“I’ve had some friends that have passed away from being in the military, things going on,” Stanigar said. “The military is a very small community. It looks big, but unless you’re a part of that community you don’t see the bad side of it sometimes. There’s a lot of things we can stop if we just help each other out.”

His commitment to helping others doesn’t stop at the water’s edge.

Stanigar has worked as a medical assistant for about ten years, training under military corpsmen and combat medics, helping veterans and with non-profit community care.

Stanigar recently earned an Associate Degree in Medical Billing and Coding from Keiser University Online Division and is currently enrolled in the Bachelor of Science in Health Science program. His goal is to keep helping those who have served.

“I’m learning more about that side of the house, which is actually what this career is going to be for me,” Stanigar said. “It’s also helping me get higher up.”

As a father of three boys, Stanigar says the Keiser University Online program has allowed to him to keep pursuing new dreams while maintaining his commitments to his family and community.

“Keiser just really fit. The people were amazing, the teachers were great, the financial aid, the student help, everybody is willing to be there to help you out, and it’s just been a blessing,” Stanigar said. “When I have a question, they’re there to answer that question without a doubt.”

Once he completes the Health Science program, Stanigar plans to continue his education, earning his Doctorate of Philosophy in Industrial and Organizations Psychology.

“I want to provide a better foundation for my kids. I just want to make sure that they don’t have to worry about things. My parents did that for me, I had a great childhood. I want to continue that tradition,” Stanigar said. “I want to show them that nothing is impossible, that you can achieve any goal that you want.”