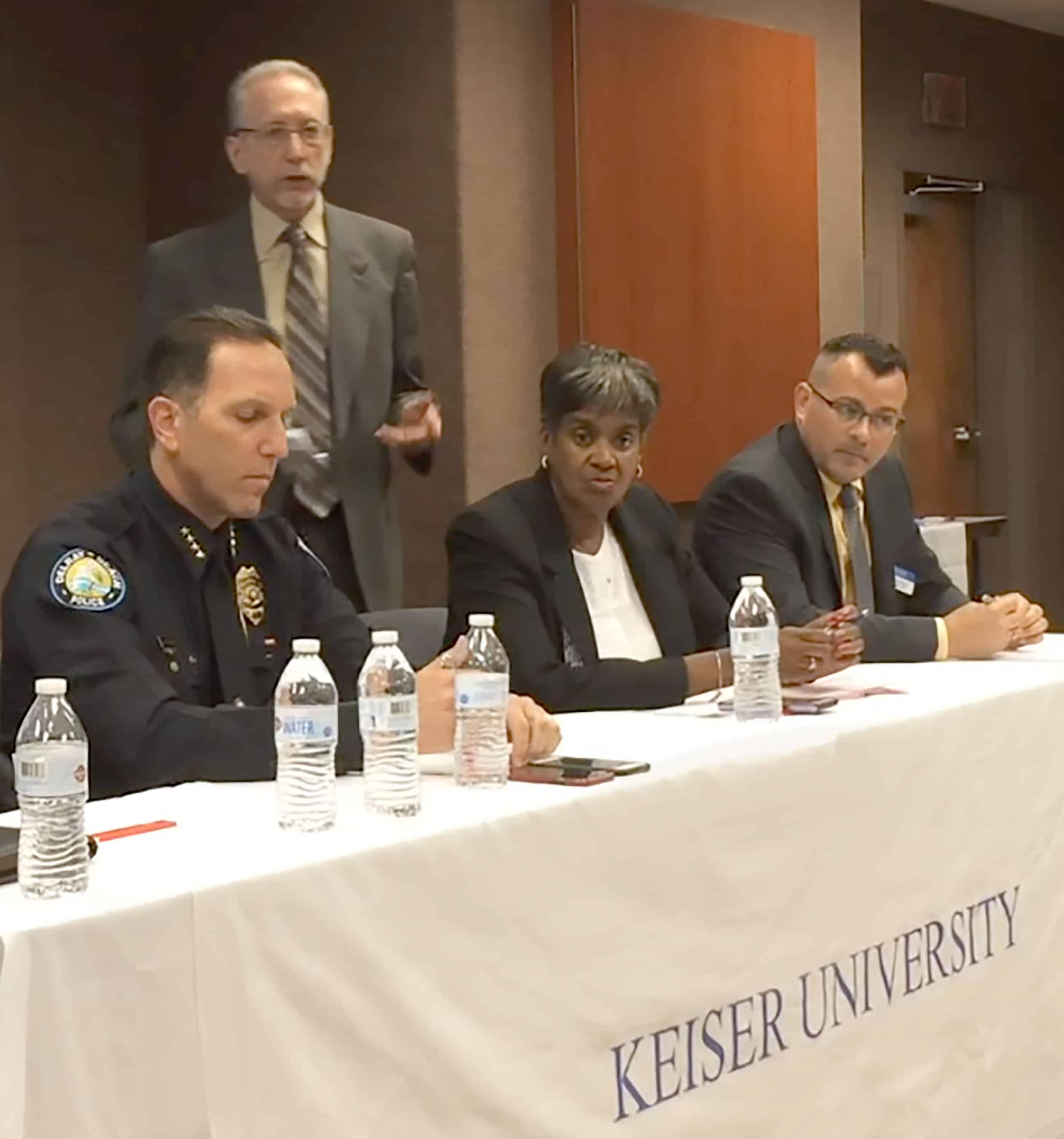 The West Palm Beach campus recently celebrated Law Day with a symposium designed to increase public awareness of community policing as an effective...

The West Palm Beach campus recently celebrated Law Day with a symposium designed to increase public awareness of community policing as an effective law enforcement model to improve relationships and cooperation between the police and local communities.

The event was introduced to students, staff and faculty by Keiser University Legal Studies Program Director Gary L. Chapman, J.D. It featured four distinguished panel members who shared insight relating to the value of community and law enforcement partnerships based on mutual trust and regular interaction, as well as strategies that can proactively address public safety issues.

Chief Jeffrey Goldman then weighed in by explaining that the Delray Beach Police Department’s reputation of successful community policing strategies goes much deeper than hosting events and handing out popcorn and Snocones. He shared that ‘it’s about truly connecting with members of the community, really listening to them and their concerns, sharing stories, and getting to know each other’s families and interests.’ Goldman explained that successful communication ‘humanizes’ the relationship between the members of law enforcement and the communities they serve.

Ms. Jocelyn Patrick, a Delray Beach Community Activist and lifelong Delray Beach resident, then painted a picture of what the relationship was like between police and members of her neighborhood when she was growing up. She shared that she has seen first-hand the positive and effective results of community policing in Delray Beach, as residents are now more willing to come together to discuss issues of concern.

Dr. Anthony Berrios, the Dean of Academics at Keiser University West Palm Beach who has formerly served as a Deputy Sheriff with the Seminole County Sheriff’s Office was able to weigh in on the subject from both angles. He shared that while crime affects the victim, fear of crime affects the entire community. He offered that community policing cultivates a relationship that is built on trust, honesty, communication, and following through with one’s word, which helps to alleviate fear while ensuring that everyone is working together towards a common goal. Dr. Berrios also stressed the importance of getting to know members of the community and learning about their individual struggles.