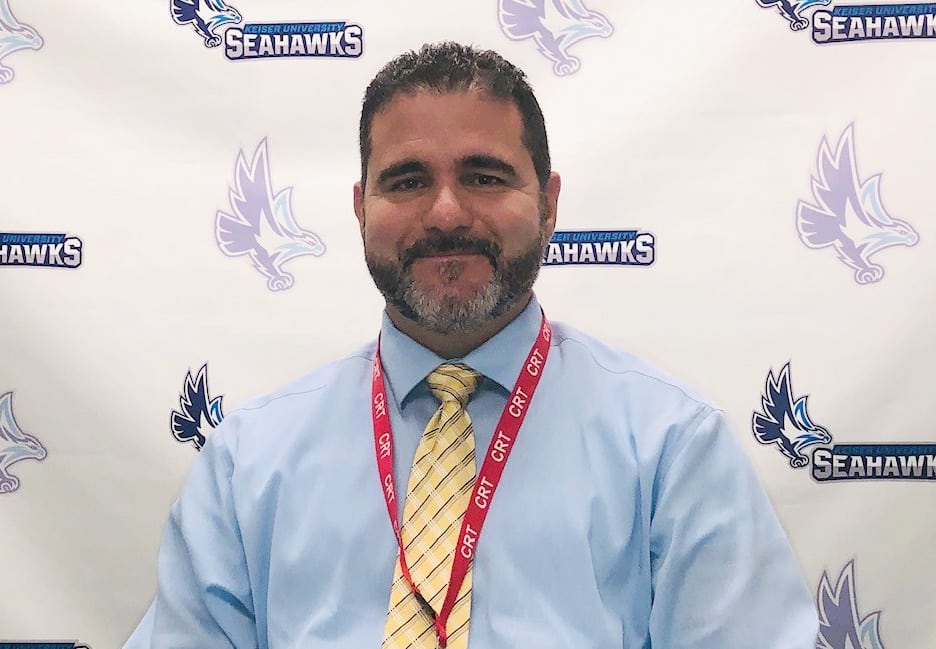 Keiser University’s Clearwater Campus has a new President! Fabian Fernandez has worked over 20 years in Higher Education and brings extensive...

Keiser University’s Clearwater Campus has a new President! Fabian Fernandez has worked over 20 years in Higher Education and brings extensive experience to his new role. “I have a passion to teach,” he states. President Fernandez attained his undergraduate degree in Business from Kaplan University, and his graduate degree in Leadership from Palm Beach Atlantic University. He is currently completing a PhD in Higher Education at Liberty University. He, also, possesses over 16 years of experience in startups, high growth companies, and large corporations.

From his early days in a South American orphanage, he and his 17 brothers and sisters were adopted by a pastor and missionary, who ran an orphanage of 50 children in a small village in Uruguay. He and his siblings came to America when he was six years old and lived in Virginia for several years. He was the only one of his siblings to receive a college education.

President Fernandez knows full well the value of an education. Most recently, he served as a non-federal negotiator in the 2019 Negotiated Rulemaking sessions at the U.S. Department of Education, and currently serves as a Florida Association of Postsecondary Schools and Colleges Board Member. President Fernandez believes that integrity, commitment, team spirit, and pride in his work, are the key ingredients to his successes over the years.

“When I came to Keiser, I felt like I had come home,” he says. “Keiser University’s culture is very different, as they put their students first.” His advice to students and educators alike: “Be open to learning.”

President Fernandez has been married for 18 years and has 5 children.