KU Military Affairs Leader is Elected to the NAVPA Board 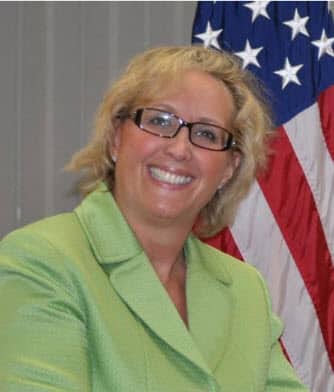 Keiser University is pleased to announce that Dr. Jan Del Signore, Associate Vice Chancellor of Military Affairs, has been elected to the National Association of Veterans Program Administrators (NAVPA) as Chair of Local Arrangements, Chair of the Education Committee and Region IV Delegate.

Dr. Del Signore earned her bachelor’s degree in Business Management from Mount Olive College in 1995. After completing her graduate degree in Business Organizational Management from the University of La Verne in 1998 while serving, Dr. Del Signore began teaching in her spare time at private colleges. Using her GI Bill, she later earned her Doctor of Education in Educational Leadership from Nova Southeastern University in 2013.

Once retired from the USAF, she began her tenure with Keiser University, first as the Associate Dean of Academic Affairs at the Tallahassee campus, then as the Dean of Academic Affairs for over 9 years. Dr. Del Signore also serves as a Board member with the Florida Association of Veteran Education Specialists (FAVES), as a committee member for the national Council of Colleges and Military Educators (CCME), and as Past President for the Florida Advisory Council for Military Education (FL – ACME).