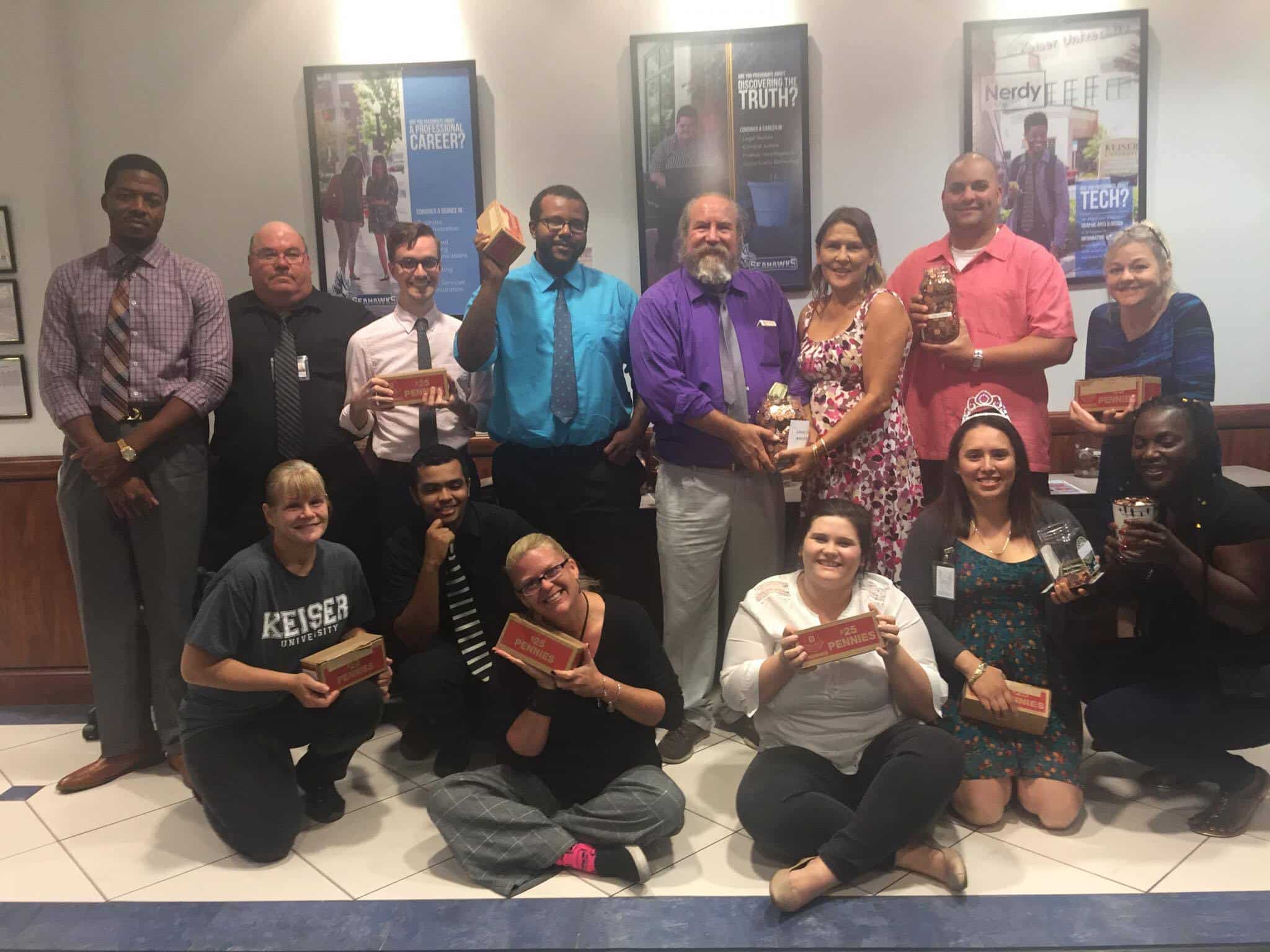 Lakeland held their annual Penny Wars last week and they had a great turnout. The students (and professors/staff) had a blast competing against the...

Lakeland held their annual Penny Wars last week and they had a great turnout. The students (and professors/staff) had a blast competing against the other programs to see who could raise the most, stay in the positive, and win the coveted pizza party. All departments had a great time, but standing out amongst the departments, Graphic Arts & Design and Legal Studies, put on a fair battle this year. Graphic Arts & Design, the reigning champs for three years running, sought to defend their title but started off with a lot of silver and dollar bills stuffed into their jar, presumably from the Legal Studies department who, in turn, were given a run for their money (pun intended) by the Graphics department. Graphics looked like they were in last place coming up to the end of the battle, but victoriously defended their title by bringing in $200 worth of pennies minutes before the end. 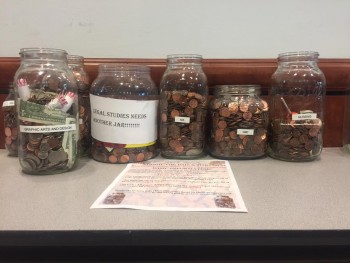