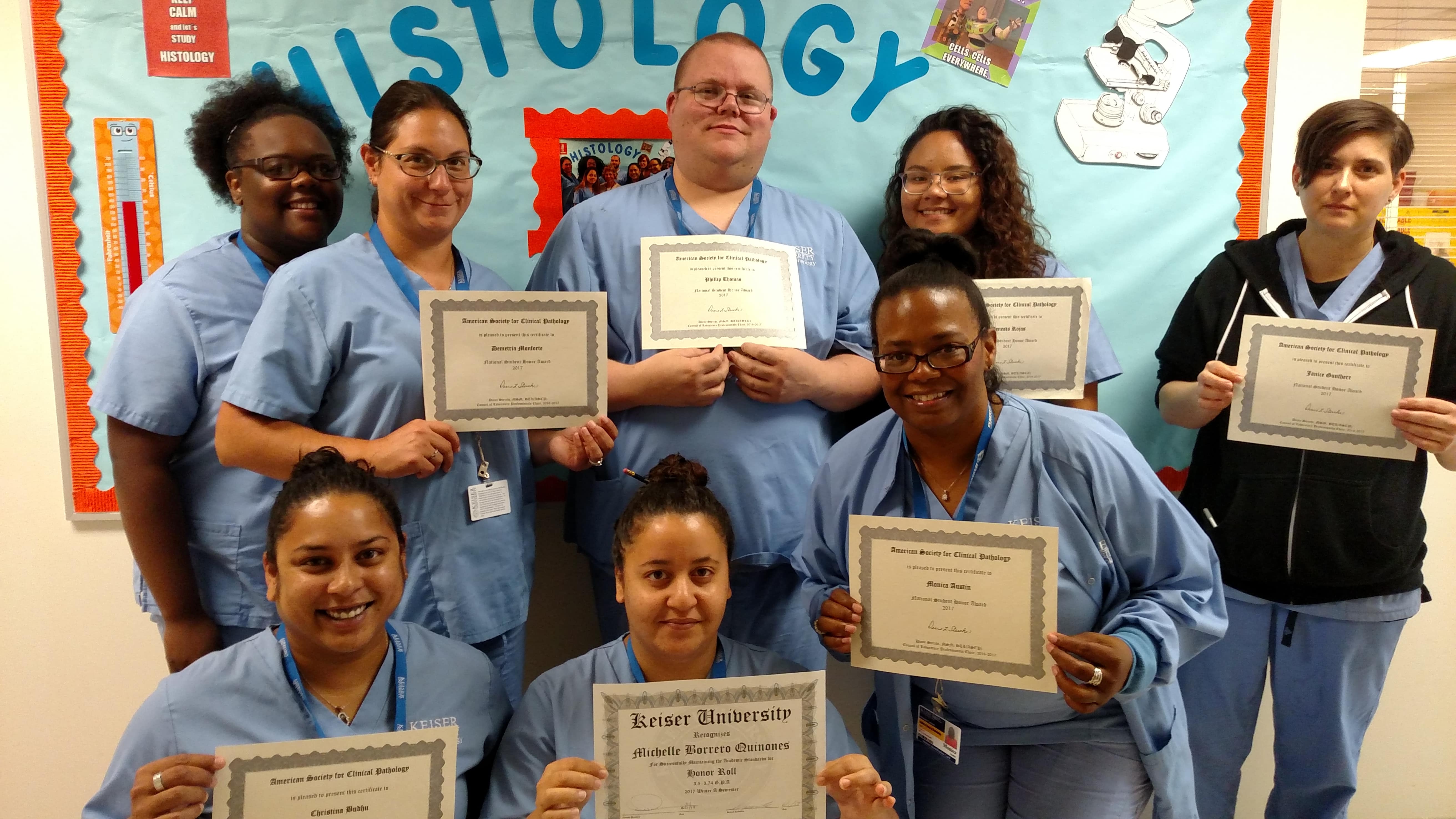 The Orlando campus is proud of the Histotechnology students who won the National Student Honor Award from the American Society of Clinical Pathology...

The Orlando campus is proud of the Histotechnology students who won the National Student Honor Award from the American Society of Clinical Pathology (ASCP). Seven nominations were submitted by the program director and the award committee responded, “The nominations were so impressive that the scholarship committee has awarded each eligible nominee.”  The award recipients are: Monica Austin, Janice Gunther, Phillip Thomas, Genesis Rojas, Demetria Monforte, Caressa Carson, Christina Budhu