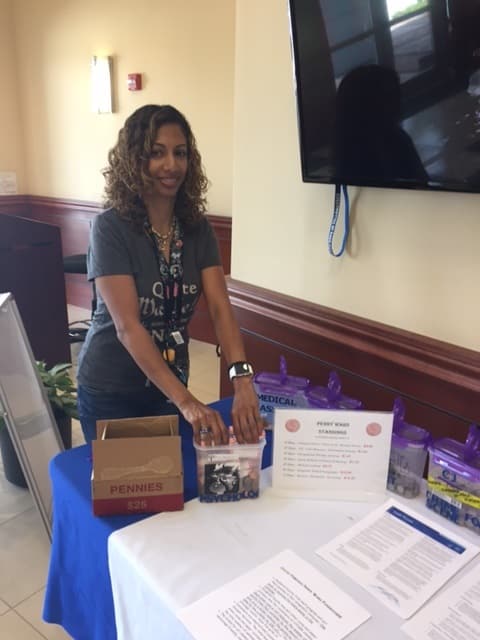 Psychology student, Gretchen Nuwer, makes a last-ditch effort to lead her team to victory in the Penny Wars at the Fort Myers campus.  For the Penny...

Psychology student, Gretchen Nuwer, makes a last-ditch effort to lead her team to victory in the Penny Wars at the Fort Myers campus.  For the Penny Wars, each program team was given a bin.  Pennies were counted as positive and therefore had a progressive effect on a team’s score.  However, any money other than pennies, such as nickels, dimes and quarters, was valued negatively and could be used to attack opposing teams’ totals.  After three weeks of spirited competition, Occupational Therapy Assisting took the crown to win a free pizza party.  In all, the Penny Wars brought in a total of $483 for the Cystic Fibrosis Foundation. 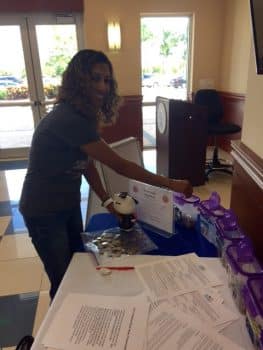