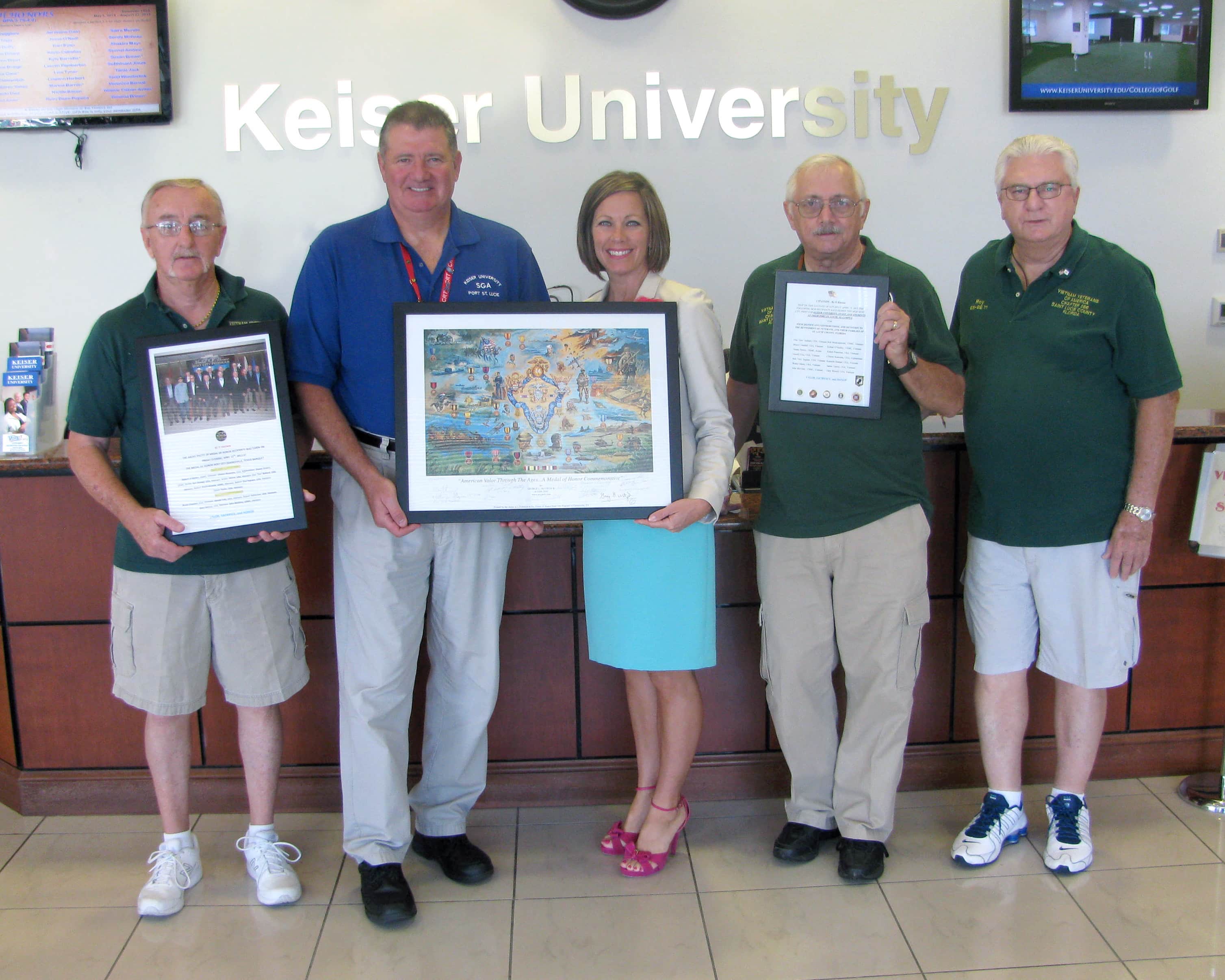 Members of the Vietnam Veterans of America, Chapter #566 of Port St. Lucie, presented Keiser University’s Port St. Lucie campus with their highest award, “The Congressional Medal Of Honor Partnership Citation”.  This great honor is in recognition of the active partnership and support the campus has provided the group over the years.

This artwork depicts each war our country has ever engaged in and has been signed by fourteen  Congressional Medal of Honor recipients, who fought in three separate wars.  One of the Congressional Medal of Honor recipients, Col. Bruce Crandall, was a helicopter pilot in the Vietnam War and was responsible for leading the very first air mobile operations at the start of the war and completed over 900 combat missions by the end. He is considered a pioneer of helicopter warfare and a legend in Army aviation. This very operation was the inspiration for the movie “We Were Soldiers” starring Mel Gibson. 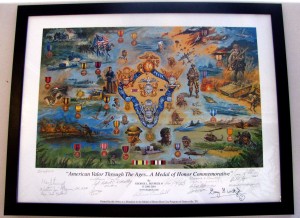 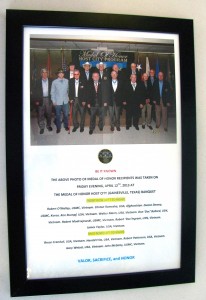 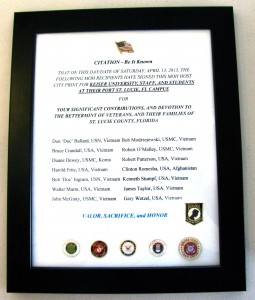