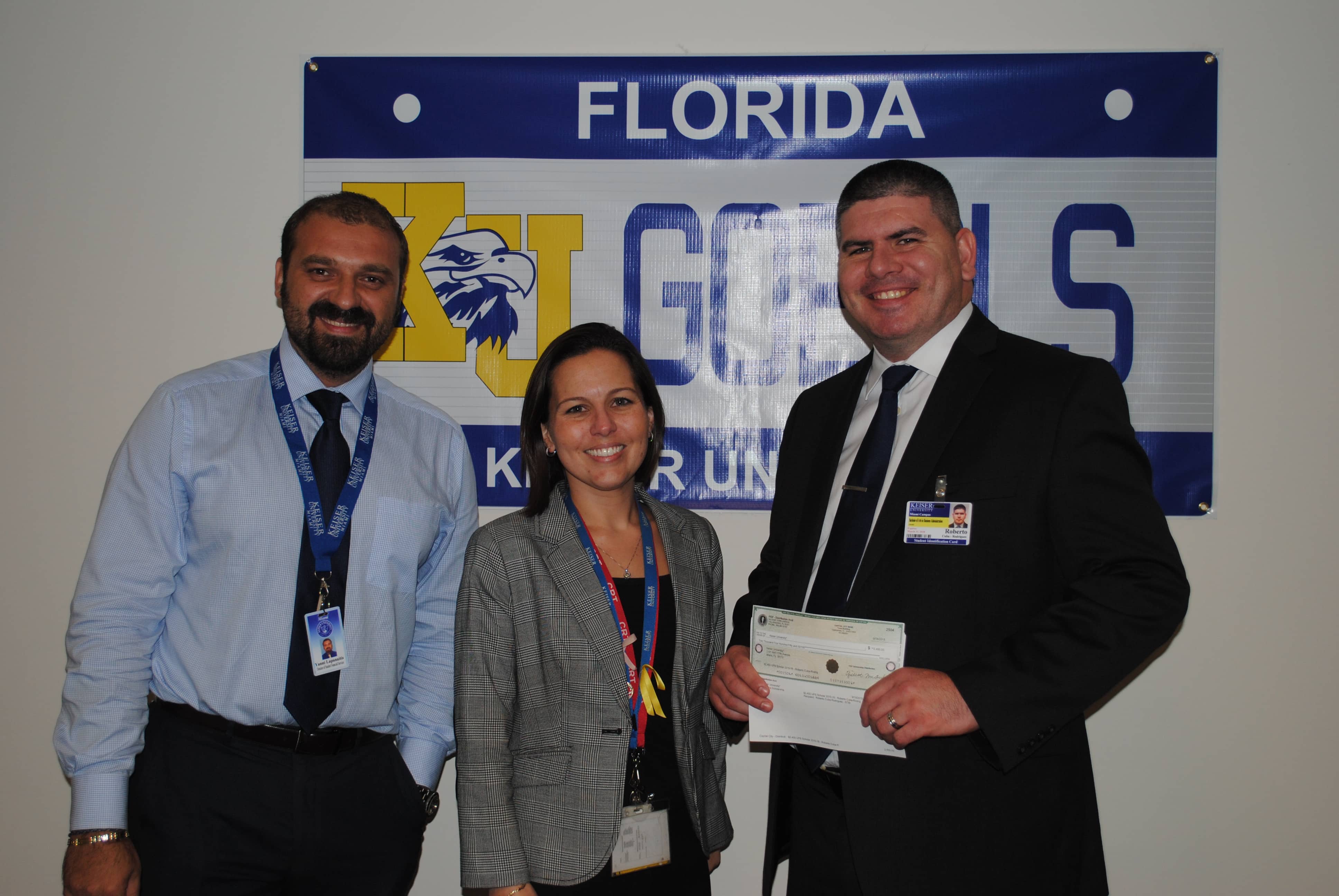 Roberto Cuba Rodriguez from the Miami campus was the recipient of the UPS Scholarship and was presented with the check by Dean of Academics Dr....

Student From the Miami Campus Receives the UPS Scholarship

Roberto Cuba Rodriguez from the Miami campus was the recipient of the UPS Scholarship and was presented with the check by Dean of Academics Dr. Cristy Sibila and Director of Financial Aid Yanni Lapanaitis during the new student orientation held Wednesday, September 23rd. Roberto has been a student at the Miami campus since 2014 pursuing a Bachelor of Arts in Business Administration. While maintaining a 4.0 GPA, he is known to faculty and staff as a student who is readily available to assist and participate in campus activities. Mr. Cuba-Rodriguez served in the United States Marine Corps from 2000-2009 and in those years of service and dedication to his country, he received many awards and commendations for his service. This is the second year in a row that a student from the Miami campus has won this scholarship. 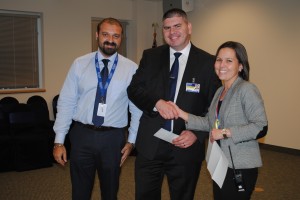