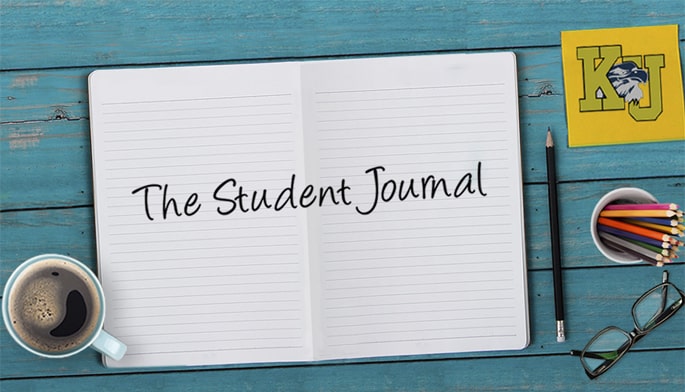 Rachel Tate, an OTA student at the KU Melbourne campus has been working on a project with a duck, Huey.  Huey was hatched with a congenital defect...

Posted on September 2, 2015 on Seahawk Nation

Rachel Tate, an OTA student at the KU Melbourne campus has been working on a project with a duck, Huey.  Huey was hatched with a congenital defect resulting in a lack of balance; he was unable to walk or stand on his own without falling over.

To compensate for his lack of balance and give him the best quality of life possible, I created a series of cages and enclosures that grew and changed with him. The cages had non skid flooring, with obstacles and barriers to allow him to brace and push himself to his feet, as well as maneuver to self feed and water. It looked a bit like a “duck pinball”, but it worked!

I designed and created a walker with wheels that allowed him to ambulate as normally as possible, allowing him to stay upright and use his own muscles to propel himself. This too grew and changed as he did, with the final version perfected and fitted to him as an adult.  I also created a harness sewn to his measurements to allow him to walk with assistance from his humans.

My original goal was to provide a home for a very brief life, as normally animals with his issue don’t survive to adulthood. Not only did Huey beat the odds, he thrived, and became an amazing part of my life, as well as showing me what Occupational Therapy truly means. 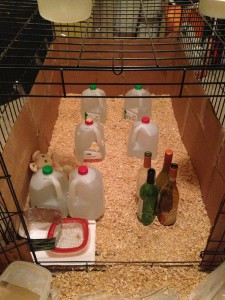 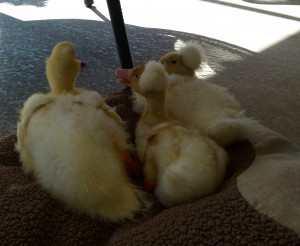 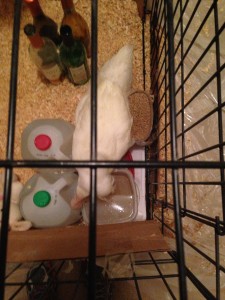 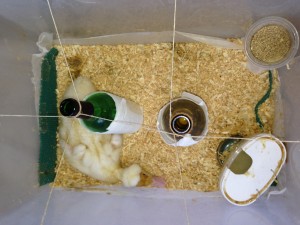 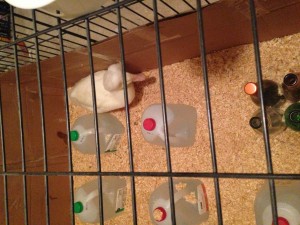 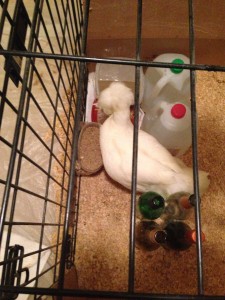 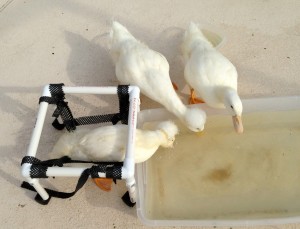 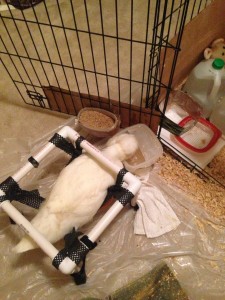