Major league baseball team, the New York Mets, with long ties to the Treasure Coast and Keiser University through the local organization, selected...

Major league baseball team, the New York Mets, with long ties to the Treasure Coast and Keiser University through the local organization, selected the Port St. Lucie campus as its 2019 draft headquarters. The first week of June is one of the most anticipated weeks for many high school and college baseball players. Years of hard work, practice, and tournaments all come down to receiving the one phone call that every athlete dreams of receiving. The ‘war room’ is where managers, coaches and scouts spend hours analyzing scouting reports, discussing deals and spending many sleepless nights reviewing statistics to ensure that they are making the best business decision for their club. Teams measure, test and judge prospects in a number of ways. Draft prep often focuses on measurables that MLB teams use to rank prospects. The higher you’re drafted, the greater your chance for making the major league team leading to a more lucrative career.

“We were contacted by the local and national Mets organizations back in March to host the Mets War Room. They found Keiser University to be well-equipped to meet their robust IT, spatial, and security requirements and The Mets “war room” was immediately established,” stated Dr. Arthur Keiser, Chancellor.

“As long supporters of the St. Lucie Mets and having a nationally ranked collegiate baseball team based out of KU’s Flagship campus in West Palm Beach, this unique opportunity to serve as the draft headquarters for the New York Mets was a true honor,” said Leslie Kristof, MBA, Port St. Lucie campus president.

National media has reported that The New York Mets had one of the most talked about draft classes in 2019.  Some even report the Mets got “arguably the best swing in the draft” and, “a first-round pick in the third round.”

Their top 10 picks were as follows and the Mets overall draft list includes nine players with ties to Florida: 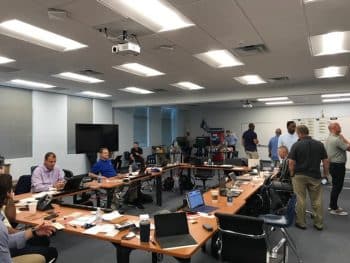 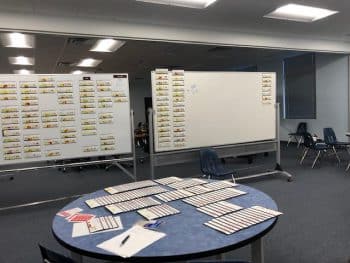 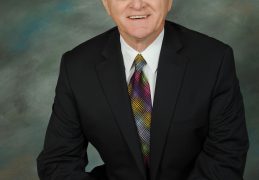