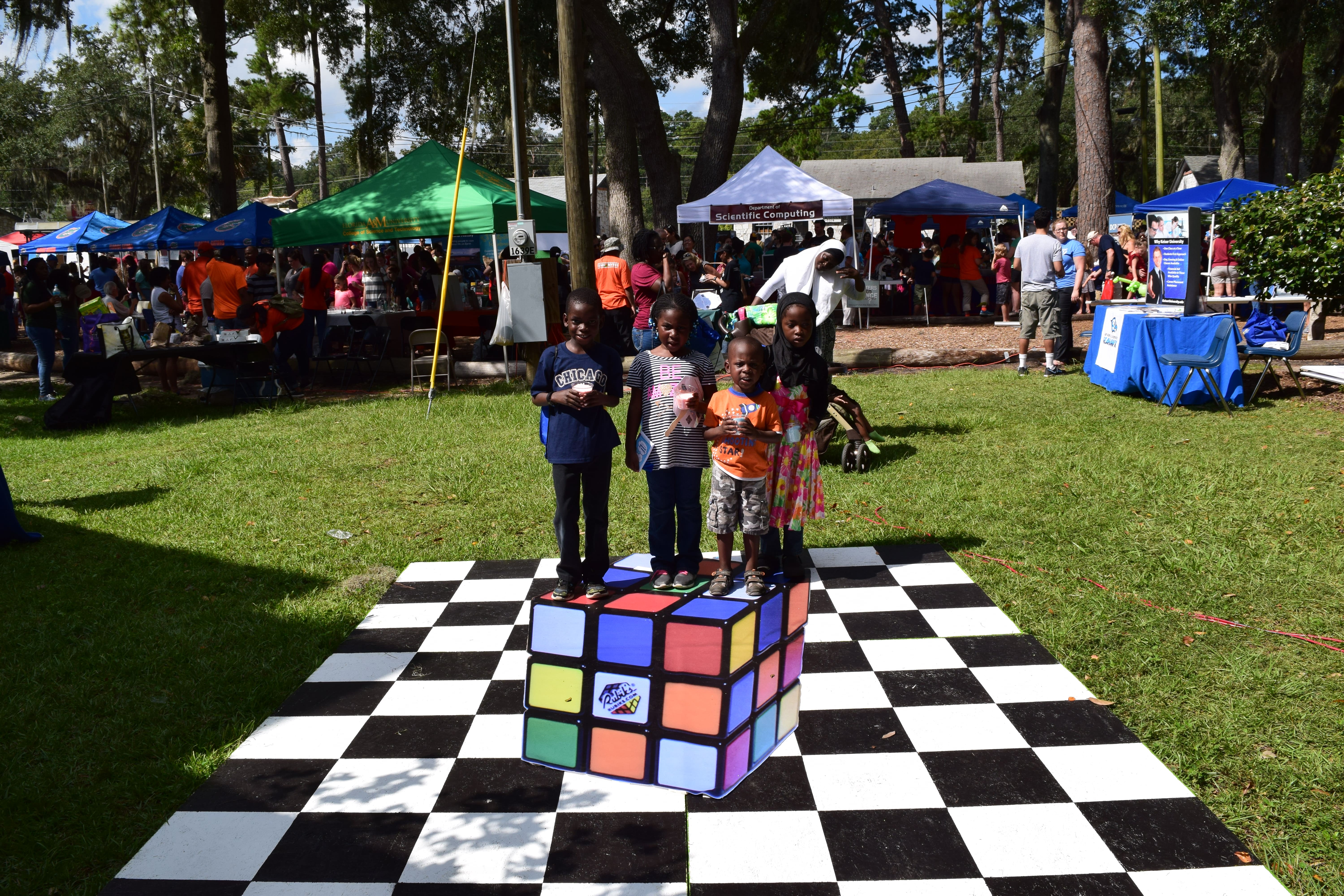 The exhibit attracted thousands of visitors, and it was satisfying to hear so many laudatory comments (e.g., a favorite refrain came from parents apologizing that their child had dragged them back to our booth again, and again). The rubber hand illusion drew crowds of spectators and the queue never emptied of volunteers. At our scale model Ames room, children (and more than a few adults) were wonder-struck watching “Alice” shrink and grow half as tall, and then twice as small, before their very eyes.

THE 3D PHOTO BOOTH was also a huge success!! We distributed several hundred pairs of Red-Cyan 3D anaglyph glasses. And we took lots of pictures: at a rate of one 3D-Single Point Perspective (3D-SPP) picture every minute for 4 hours —  we took 415 pictures (207 pairs + 1 orphan).

AT THIS TIME, we are still processing them… and have already begun uploading them to our DropShots album. If you were photographed at our booth, then you will eventually access your photos by clicking on the link below.

Anyone photographed at the festival will (eventually) find at least 3 photos: a color SPP (which does not require any special viewing glass), a greyscale 3D-SPP, and a color 3D-SSP (the latter two equire the Red-Cyan glasses).

NOTE: We will update this page again when we have completed processing all photos.