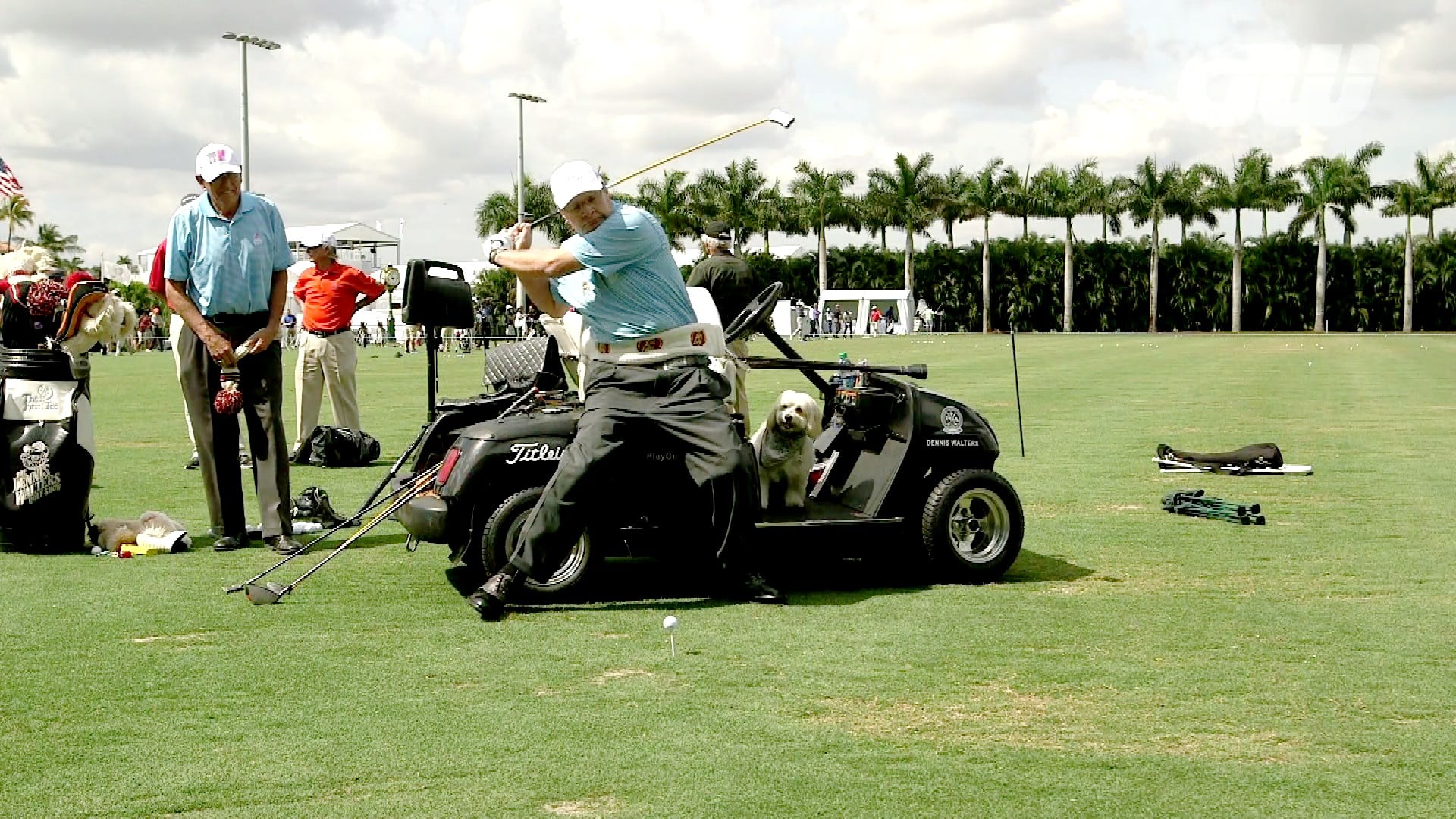 Dennis Walters, the world’s only paraplegic PGA Professional, recently visited Keiser University’s College of Golf and shared his inspiring story with students and staff. Labeled by PGA Professional and friend Wayne Warms as ‘the greatest story in the history of golf,’ Dennis is a testament to perseverance and tells everyone who attends his shows and exhibitions that they should ‘never, ever give up on their dreams.’

Accompanied by his dog Bucky, Dennis regaled the College of Golf audience with stories from his career and videos of his trick shot exhibition. Students and staff were overwhelmingly positive in their praise of his presentation, and all came away motivated, in Dennis’s words, to ‘Strive for excellence and do something you didn’t think you could.’

As a young aspiring golf professional, Dennis endured a tragic golf cart accident in 1974 that left him paralyzed from the waist down. When told he would never walk or play golf again, Dennis and his father set out to prove the doctors wrong. Through months of trials and tribulations, Dennis’s father found a way for him to hit golf balls while tethered to a golf cart. Once he was able to hit balls, Dennis dedicated himself to performing trick shots and turned himself into an incredible performer and inspiration to golfers of all levels. He has given more than 3,000 exhibitions in all 50 states and three foreign countries in the last 40 years. A highlight that he shared with students was his visit to St. Andrews, Scotland, the home of golf and his trek around The Old Course. He also conducted a clinic on the first tee of Augusta National for members of the club and hit over 100 drives off the first tee.

Dennis is one of only eleven honorary lifetime members of The PGA of America, a club that includes three former Presidents of the United States. In 2008, The PGA of America presented him with their highest honor, The Distinguished Service Award; previous winners of this award include Arnold Palmer, Jack Nicklaus, Byron Nelson, and Gene Sarazen. 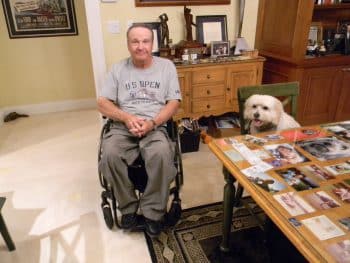