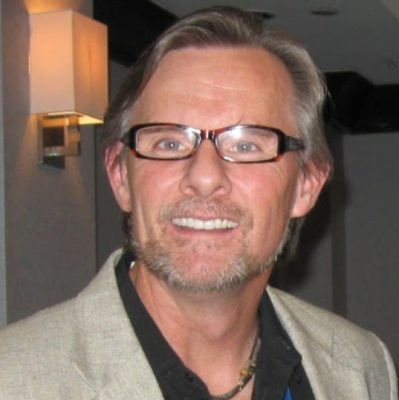 John C. Buckley, Ph.D., always harbored a desire to complete his education with a college degree, but when he met his wife at a small bible language...

John C. Buckley, Ph.D., always harbored a desire to complete his education with a college degree, but when he met his wife at a small bible language school in 1984, his plans were sidetracked. Suddenly other important things took precedence in his life – a wife, a new home, and eventually children. At the time online degree programs were rarely an option, and neither Buckley nor his wife had time to attend a university with their three small children at home.

So, Buckley struck up a career in retail, all the while mentoring his children on the importance of education and someday planning to go back to school himself.

In 2007, at the age of 44, Buckley with his children now old enough to have independence, began his four-year bachelor’s degree program with a focus in human services at an out-of-state university.

In 2010 Buckley transitioned into a master’s degree program with a focus in teaching, and in the meantime began student-teaching at a local middle school. He worked his way into teaching high school world history and is currently the department chair for social studies.

Keiser University then offered Buckley a degree program that he was looking for, one where he could advance his passion and education even further.

“I was able to write in the area that I wanted to write in, which was the discovery and development of human strengths in students and adults,” Buckley said.

Buckley enrolled in Keiser University’s online Doctor of Philosophy in Educational Leadership degree program, where he became close with the professors who mentored him, and soon also became a mentor. He said that having professors recommend him to teach fellow students and lead mentorship programs while he was still working towards his degree was a true honor.

“People always say that when you get your doctorate degree doors open for you, and that’s true, but knowing that when you need that reference letter or you need someone to make a call, they are willing to do that for you beyond your degree,” Buckley said, speaking highly of the instructors in his program.

After graduating Keiser University in 2018 with his Ph.D., Buckley stayed in close contact with his mentors and instructors at Keiser University, advocating for the family-like atmosphere of the school and dedication of its employees. He remains a high school teacher in Georgia, also running two small businesses on the side. He said that his degree from Keiser University assisted him in furthering his passion for helping students and adults cultivate their gifts and strengths into a meaningful career.

True to his word, Buckley continued to encourage his three children to attend universities. Currently, all three have successfully completed their bachelor’s degrees and two have master’s. His wife has also completed her college education.

Keiser University is a private, independent, non-profit university serving nearly 20,000 students at 21 Florida campuses, online, and two international sites. Co-founded in 1977 by Chancellor Arthur Keiser, Ph.D., and Evelyn Keiser, Keiser University currently offers more than 100 degrees from associates to the doctoral level. Keiser University is a member of the Hispanic Association of Colleges and Universities and was ranked No. 11 in the U.S. in Social Mobility by U.S. News and World Reports in 2021.