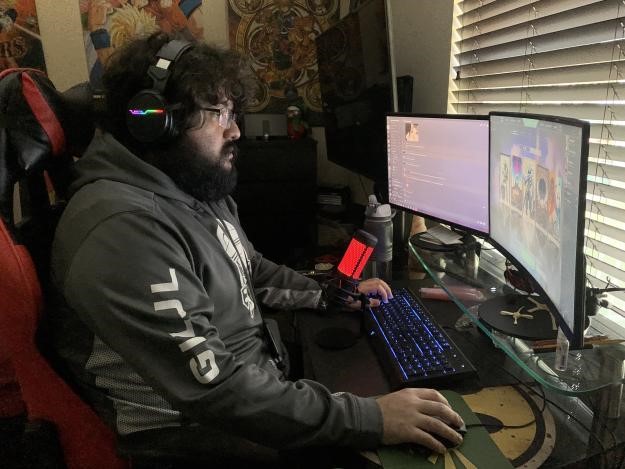 Esports Popularity is Exploding Now More Than Ever

What started as an informal Esports club at Keiser University’s Pembroke Pines campus has grown into a community of 130 people, a Keiser University Esports student club and a competitive Esports varsity team sanctioned by the National Association of Collegiate Esports (NACE).

“Ten years ago, this would have been unheard of. It’s pretty amazing,” Pembroke Pines Esports Coach James Lewallen was hired to oversee the Pembroke Pines campus Varsity Esports program in March. He also keeps a close eye on the Esports club which is a non-varsity student organization.

The popularity was evident at a recent event. The Esports club hosted a League of Legends tournament open to the community in June. Lewallen said 50 people registered, of which 32 were selected to play.

“The students were really excited. It was a morale boost for the rest of the season. Now they are more excited than ever.” Lewallen said the students even team up to practice outside of regularly scheduled practices. “I’m very proud of them. Hopefully we can keep our momentum up and make the playoffs.”

To play competitively you would need to be a full-time Keiser University Pembroke Pines student and try out for the team. Keiser’s Esports varsity team is recruiting for Overwatch, League of Legends, Super Smash Brothers, Valorant, Madden, and Fifa.