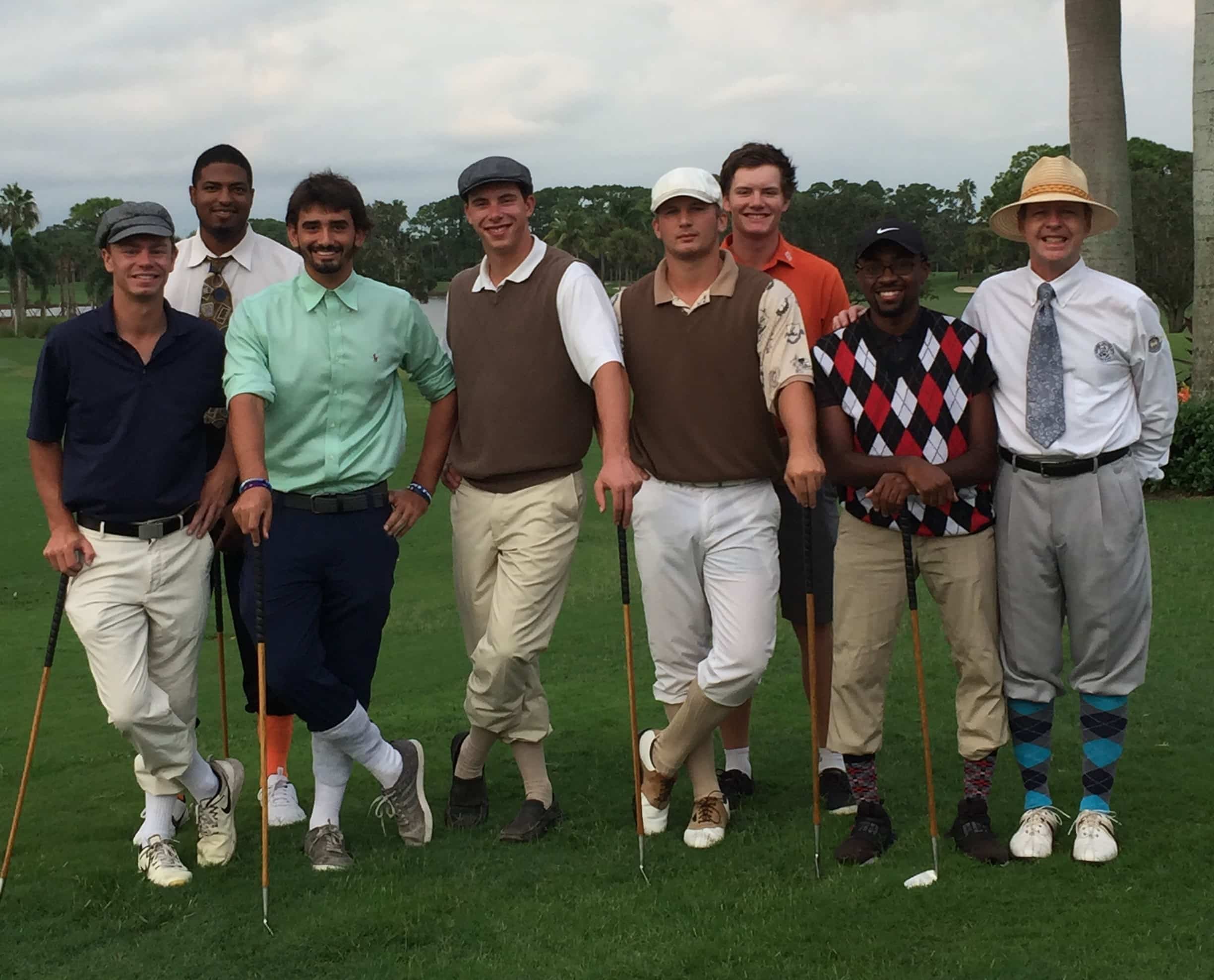 Students at Keiser University College of Golf recently enjoyed a round of Hickory Golf using hickory shafted golf clubs during their History of Golf...

Students at Keiser University College of Golf recently enjoyed a round of Hickory Golf using hickory shafted golf clubs during their History of Golf class.

The group of twelve, along with professor Ken Martin, dressed in period clothing used mid-irons, mashies, niblicks, and putters with hickory shafts to play the par-72 Squire Course at PGA National Resort and Spa. 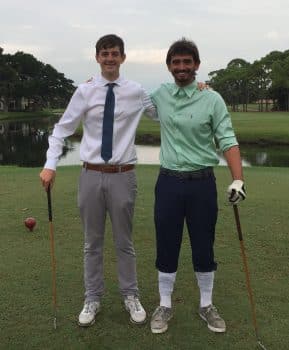 Playing in a “Scramble” format, the team of Peter Crocitto and Aaron Lennie fired a record score for the event of 10-under par; the previous record was 9-under par. Semester possession of the “Brandon Miller Cup” is the winner’s prize. The Crocitto/Lennie team highlights were a string of five birdies in a row to start the back-nine, and stellar birdie on the last set up by back-to-back mid-iron shots from Lennie that reached the front edge of the 432-yard hole in two shots. 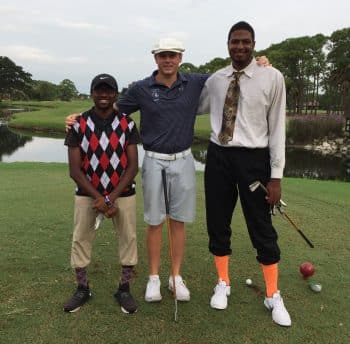 The team of Daniel McCoy, Garry Williams, and Aaron Paulk also made a dramatic birdie on the final hole to post 6-under par 66, finishing second place. The team of Zack Potten, Mitchell Bland, and Dymtro Koba birdied the difficult seventeenth hole and finished with 2-under par 70 for solo third place. Also making a fine birdie on the eighteenth hole was the team of Cameron Kelley, Colton Kenagy, and Nickolas Wells to finish in fourth place scoring 1-under par 71. 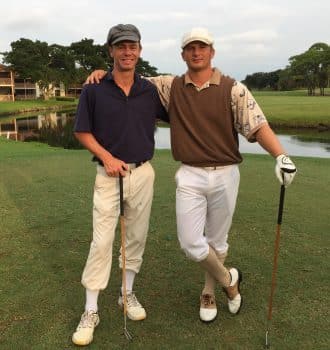 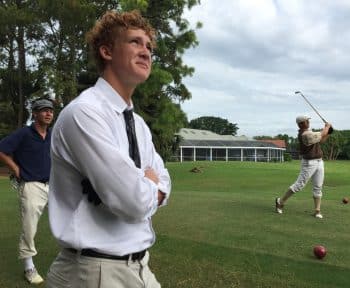 Team member Liam Gransden acted as “guest shot-maker” throughout the day, playing a shot for each team at various par-3 holes, several of which led to birdies.

The opportunity to use replica golf clubs from the 1920’s gave the students an appreciation for the skills and abilities of golf’s greats of the era. Champions such as Walter Hagen, Bobby Jones, Gene Sarazen, and Long Jim Barnes all shot incredible scores and won major championships using hickory shafted golf clubs. To learn more about Keiser University’s College of Golf please visit: www.collegeofgolf.keiseruniversity.edu