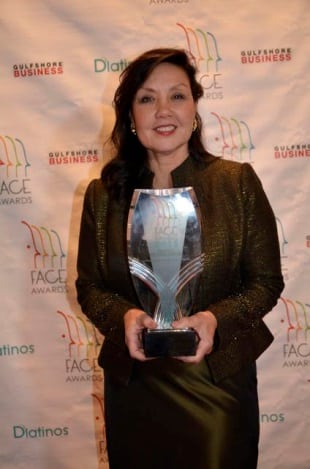 Keiser University Vice Chancellor Belinda Keiser has been selected as a 2015 FACE award recipient.  The FACE Awards celebrate diversity in Southwest Florida by recognizing men, women, and businesses that truly make a difference by implementing change, promoting ethnic diversity and empowering others.

Excerpt from article:  Keiser’s commitment to diversity has been a lifelong endeavor.  In the early 1980s, Belinda Mills was working for the National Health Screening Council, a health promotion nonprofit in South Florida, and looking for cheap office space. So she set up a meeting with Arthur Keiser and his mother, Evelyn, who ran Keiser School, a small professional institute in Oakland Park with 100 pupils.

She introduced herself and the health council, and then Keiser said, “Well, Ms. Mills, it’s a good program, but we’re small and I’m not really sure.” Evelyn was shaking her head.

“But Mr. Keiser, this will be the best thing you’ve ever done to serve the community. You have my word,” Mills replied.

A year later, they were married, and Belinda Keiser is now the vice chancellor of community relations and student advancement at Keiser University, the second-largest private nonprofit university in Florida, with 20,000 students and satellite campuses in Nicaragua and China.

Aside from its $3-billion-per-year economic impact and the 30,000 direct and indirect jobs it creates, Keiser University has earned a distinction as one of the leading education centers for working adults.

“We have always been, from the very first day, workforce driven,” she says. “One of the things we do is serve the working adult. If you look at who we are serving—talented young men and women who are looking for a professional career—perhaps that’s why you’re finding three-fourths of our population being women.”

Not only that, but 52 percent of its students are African-American or Hispanic. And the university offers classes solely in Spanish. “We were one of the first to offer a doctorate in business administration, an MBA and a master’s in management studies all in someone’s native tongue, in Spanish,” she says. “… I think it’s a sign of respect.”

“We’re living in a global world,” she says. With that in mind, they’ve expanded to Shanghai, Nicaragua and, most recently, Moldova. And last year, the Keisers used $250,000 of their savings to start a foundation to send “global leaders” to those locations on scholarships, where they can earn practical experience in entrepreneurship, service and leadership. 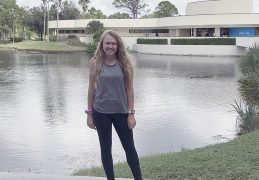 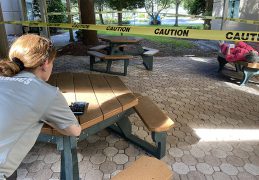 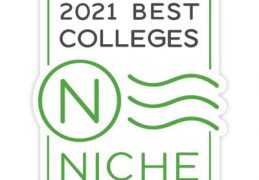