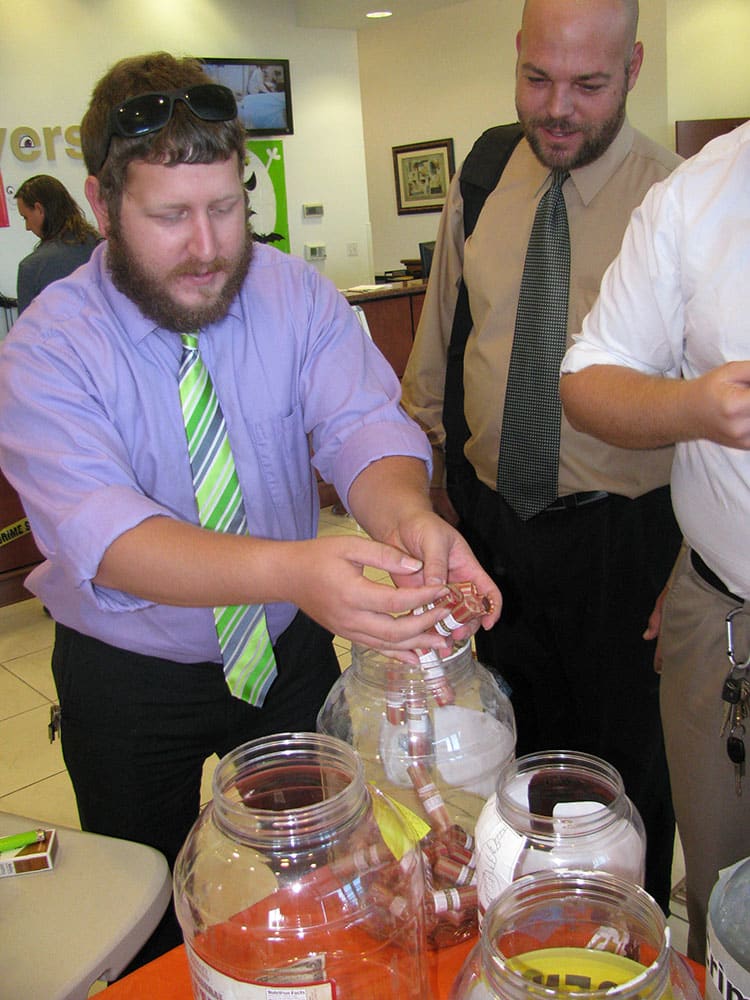 The Port St. Lucie campus annually holds a Penny Wars event to raise money for the Cystic Fibrosis Foundation. They divide participating programs into 2 groups, each group competes within itself. At times it can be pretty heated when students get into the competitive mindset. But all are agreed that it is for a great cause!   This year the campus tried something new and provided a limited number of pre-rolled pennies for students to purchase at face value (without breaking rolls) in order to build their jar’s penny count. All together, this one event raised $294.28 for CFF! The campus attributes much of this success to having some pennies rolled and available for students to use for their jars; after all it is very easy to forget to stop by the bank to get pennies.

This year’s winners were:
Nursing won from Group 1. They had $31.07 in pennies then we subtracted $27.90 in non-pennies leaving them the highest positive total = $3.17 (A total of $58.97 for CFF.) In Group 2 our winners IT/SE. Software Engineering (SE) combined with Information Technology (IT) in their debut because no one was sure how well they’d participate – it turns out SE likes Penny Wars and looks forward to 2015’s “battle” when they have their own jar. This combined effort had $54.61 in pennies minus only $17 in non-pennies giving them a landslide positive total of $37.61 (their jar raised a total of $71.61 for CFF)! 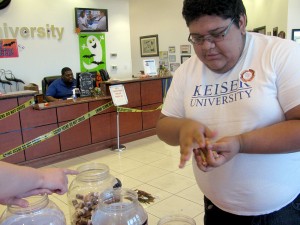 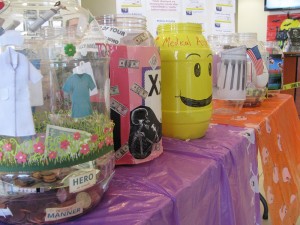