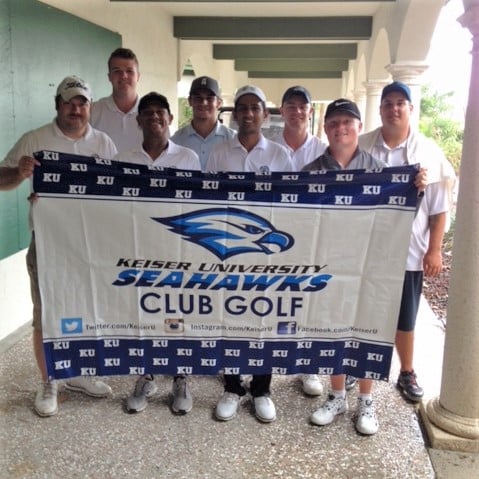 The Seahawks NCCGA Golf Club Team won the Florida Regional Golf Tournament #2 by 44 strokes last weekend at Heron Bay Golf Club in Coral Springs, Florida. The Seahawks opened up a 30 stroke lead after day one and increased their margin to 44 strokes with a strong day two finish, defeating the University of South Florida, the University of Central Florida, and the University of Miami. Seahawk Ed Doherty rebounded from an opening round 79 with a 1-under par 71 to capture individual medalist honors with a total score of 150. Seahawk Winston Crozier finished third with a 152 total; Captain Chris Rooney tied for fifth place with a score of 154; Pratyush Jain tied for 7th place with a 155 total, and Bradford Schwarz claimed 10th place with a score of 156. Coach Frank Longabucco was extremely happy with the Seahawks victory: “The team performed exceptionally, with five Seahawks finishing in the top-10 individually, leading to a fantastic victory for the Seahawks team.” Now the Seahawks will wait to find out if they have qualified for the NCCGA National Championship, which will conclude the Spring season. 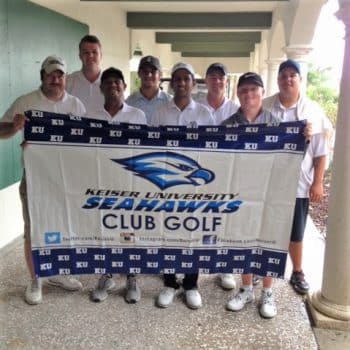 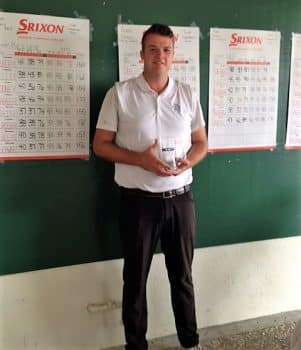